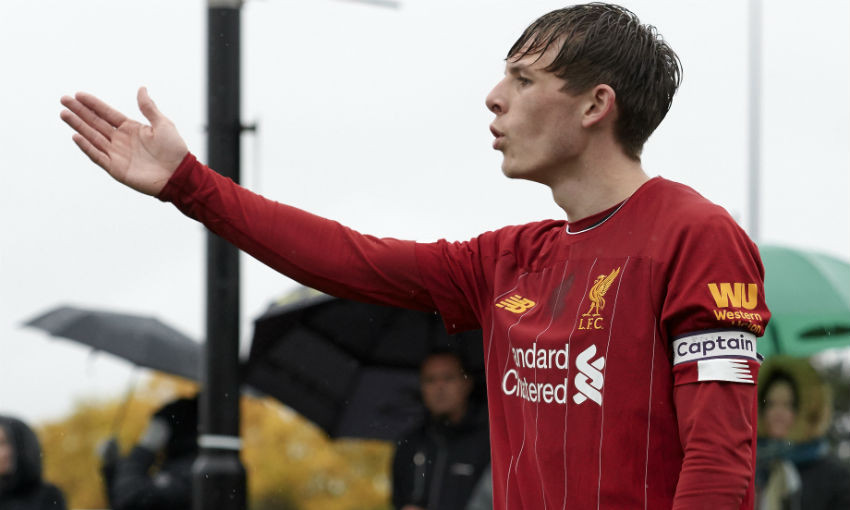 Consolation goals came through Max Woltman's brace and one from Conor Bradley as the young Reds will look to respond against Southampton following the international break.

The visitors nearly made the perfect start and could have found themselves in front after 21 seconds. James Norris, however, headed just wide from Tom Hill's dink into the box.

And West Brom responded with six goals within the space of half an hour to take an unassailable advantage.

Tom Fellows' burst down the right led to a cross that Malcolm took under control before lifting the ball over Jakub Ojrzynski to break the deadlock.

Malcolm then dispossessed Jack Walls to allow the West Brom striker to advance towards the Liverpool penalty area and finish into the far corner.

The deficit became three goals with 23 minutes on the clock as Gilbert concluded a weaving run inside the box by slotting home.

Again, cheaply conceding possession saw the Reds punished. Malcolm picked up the ball just outside the box and drilled a shot beyond Ojrzynski.

Around a minute later, the No.9 rose highest to nod in another cross from Fellows before Richards scored direct from a corner kick to make it 6-0.

Barry Lewtas' side pulled one back in stoppage time to bring a miserable first half to an end as Woltman tapped in after Hill's header hit the post.

Midway through an improved second-period showing, Leighton Clarkson sent substitute Bradley through, with the Northern Ireland youth international making no mistake in front of goal.

Woltman grabbed his second of the afternoon in the closing stages, expertly dispatching from inside the area to complete the scoring at West Brom's academy complex.