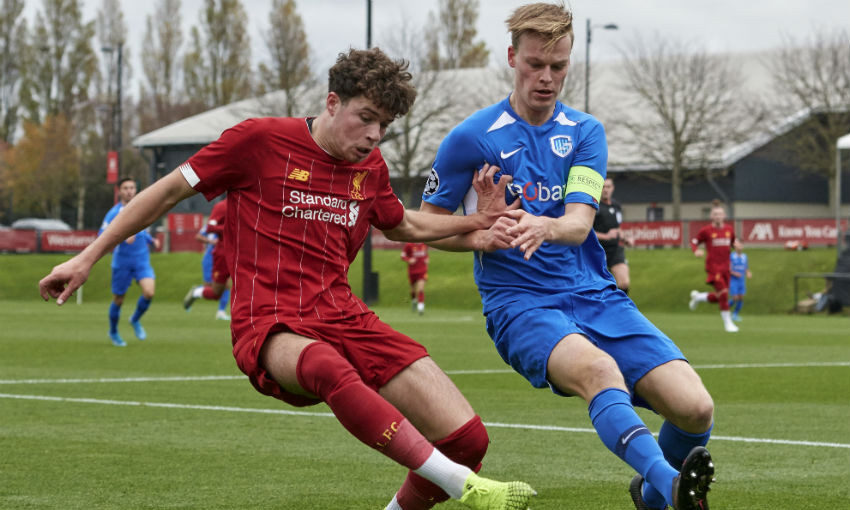 Liverpool U19s fell to their first UEFA Youth League defeat of the season after Genk scored in stoppage-time to claim a 1-0 win at the Academy.

An evenly-matched, end-to-end Group E contest appeared destined to remain goalless with both sides having created, and spurned, a number of chances throughout.

But Genk substitute Sam Krawczyk pounced to put the rebound high into the net following Jakub Ojrzynski’s impressive double save in the 93rd minute.

The result, coupled with Salzburg’s victory over Napoli earlier in the day, means three teams sit on seven points after four pool games.

Bottom-placed Napoli, who have collected just one point so far, are Liverpool’s next opponents in three weeks’ time. 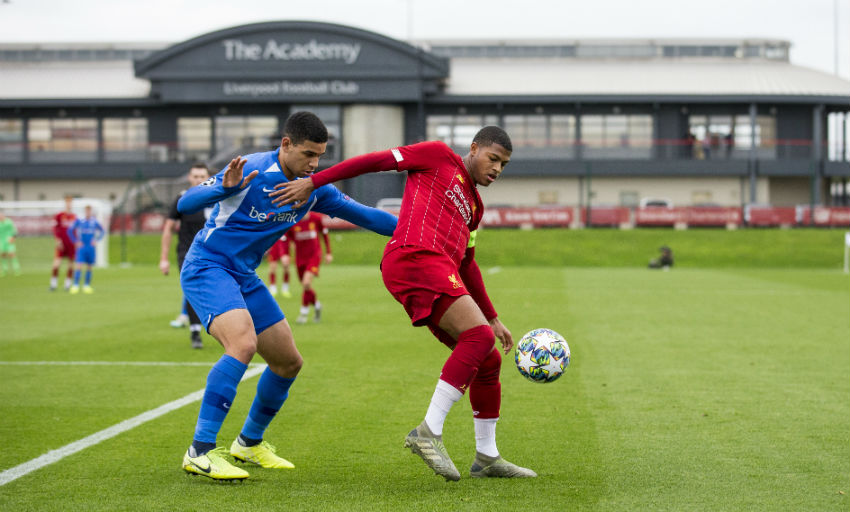 It was the visitors who fashioned the first opportunity, Luca Oyen slicing a half-volley over the crossbar inside the opening two minutes, during a high-tempo start to the game.

Genk’s energetic press was generally disrupting attempts by Liverpool - captained by Rhian Brewster due to Curtis Jones’ involvement in the senior set-up for Tuesday’s Champions League fixture at Anfield - to establish any rhythm of controlled possession.

However, a quick passing sequence gave Harvey Elliott a sight of goal 15 minutes in, only for the forward’s first touch to prove heavy as he tried to take Yasser Larouci’s sharp ball inside in his stride.

A spell of Genk pressure followed, with Ojrzynski getting down well to tip Elias Sierra’s low, near-post drive wide before Ilias Takidine rattled the underside of the bar with a powerful strike.

Having emerged from that period unscathed, the young Reds set about reasserting themselves and duly forced goalkeeper Tobe Leysen into action for the first time.

Forward from right-back, Neco Williams nearly applied the perfect finishing touch to an excellent move by cutting inside and shooting with his left foot, but Leysen palmed wide.

Elijah Dixon-Bonner then saw a shot deflected off target and Leighton Clarkson’s free-kick was turned away by Leysen on the stroke of half-time. 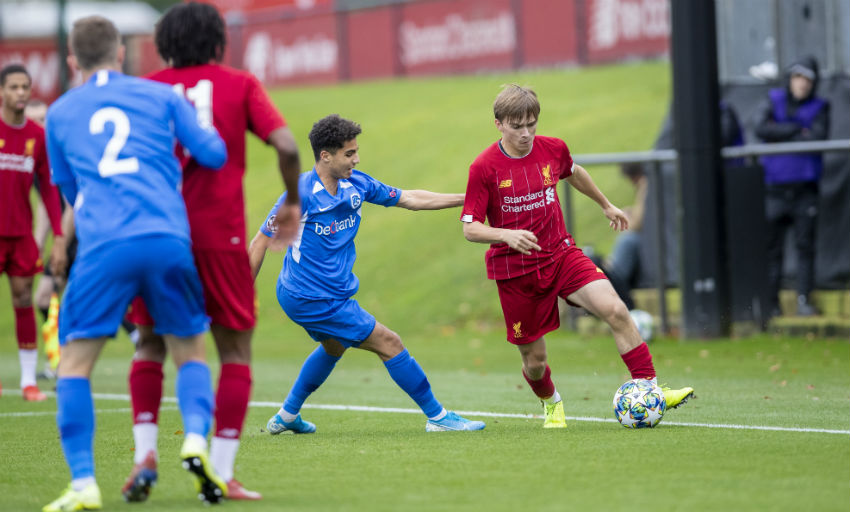 Barry Lewtas’ team were in the ascendancy in the early stages of the second period, too, with the opening goal close to arriving just seconds after the restart.

Clarkson sprayed a fine pass out to Elliott on the right, with the 16-year-old tricking his marker to get to the byline. His drilled, low cross was spilled by Leysen, but Luis Longstaff was unable to convert the loose ball from close range.

A slide-rule pass from Brewster afforded Longstaff another chance soon after, but Leysen did well to smother as the midfielder attempted to squeeze the ball through the ‘keeper’s legs.

Genk remained a threat, though, and Morgan Boyes’ last-ditch, sliding block was required to deny Arne Cuypers as the forward blasted goalwards prior to Oyen curling narrowly off target.

And, after Liverpool substitute Tom Hill came agonisingly close to connecting with James Norris' cross from the left, Krawczyk was on hand to snatch all three points for Genk.