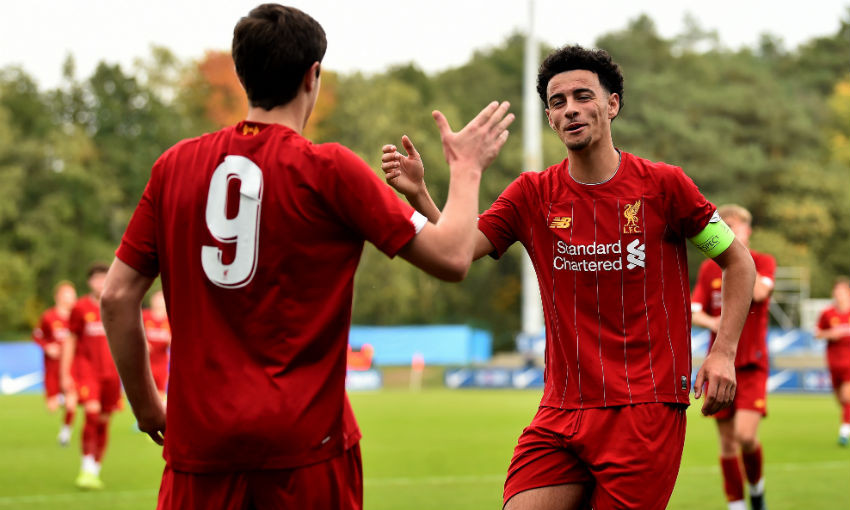 Liverpool U19s beat Genk 2-0 on Wednesday afternoon to remain on course to reach the knockout rounds of the UEFA Youth League.

Layton Stewart's 22nd-minute penalty opened the scoring in Belgium before Curtis Jones doubled the advantage for Barry Lewtas' side midway through the second half.

The result maintains the young Reds' spot at the top of Group E, having now recorded two wins and a draw at the halfway stage.

Stopper Jakub Ojrzynski produced a good save low down to his right within the opening eight minutes to keep out Xander Lambrix's drilled long-range effort.

That intervention was crucial as the visitors took the lead midway through the first half. Stewart chased down Leighton Clarkson's crossfield pass and was adjudged to have been brought down by goalkeeper Maarten Vandervoordt.

The No.9 dusted himself off to take the resulting spot-kick, which managed to just beat Vandervoordt. 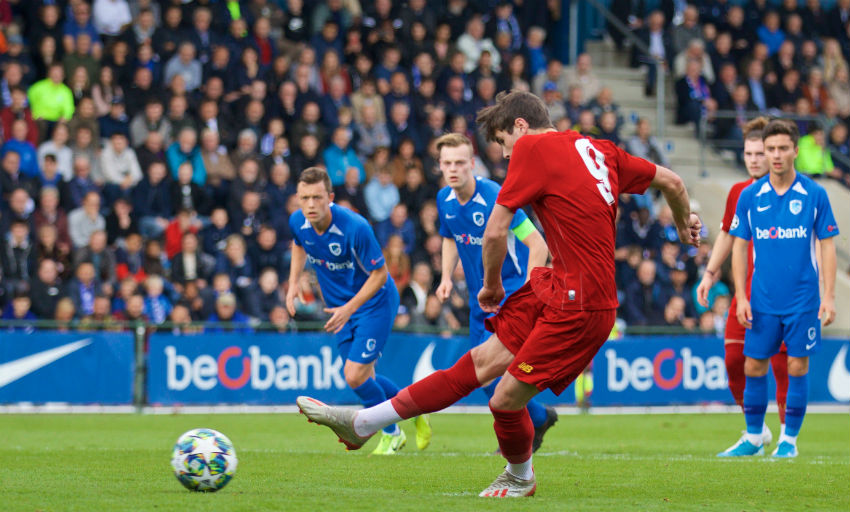 Dixon-Bonner then went close to making it 2-0, while at the other end Ojrzynski denied Ismael Saibari on three separate occasions.

Then, right on the stroke of half-time, it was Liverpool's turn to be frustrated by a goalkeeper. Vandervoordt was at full reach to push away Sepp van den Berg's powerful header off a Clarkson free-kick.

The start to the second half saw chances fall to both sides. Jones was unable to finish off a counter-attack as he blazed over from inside the penalty area, before Luca Oyen curled an effort just wide for the hosts.

LFCTV GO: Watch the best of the Genk action

Jones, though, made no mistake with his next opportunity in front of goal, which arrived in the 73rd minute.

Fed through by an excellent lofted ball from Harvey Elliott, the captain timed his run to perfection and then struck the ball through the legs of Vandervoordt and into the net. 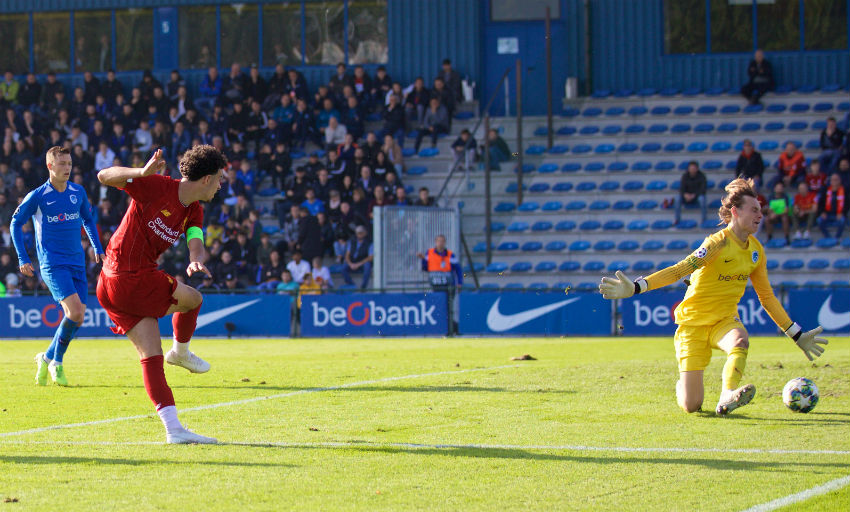 A strong palm from the Genk goalkeeper then prevented the England U19 international from grabbing a second shortly after.

The Reds held on to their lead to earn the first clean sheet of their UEFA Youth League campaign.