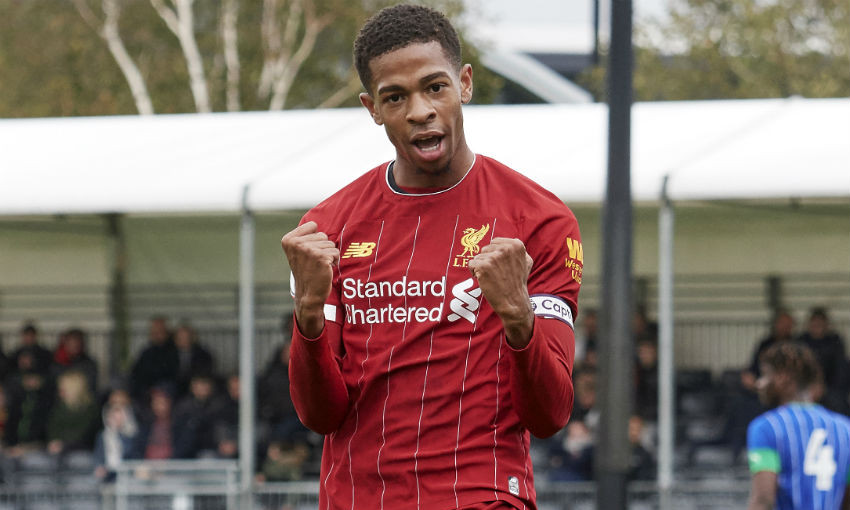 A superb double from Elijah Dixon-Bonner - captain for the day with Curtis Jones rested ahead of a busy schedule with England U19s - put the young Reds in command inside the opening 15 minutes of Sunday’s Group F match at the Academy.

Joe Gelhardt quickly halved the Latics’ deficit, but 16-year-old Tom Hill marked an impressive U23s debut with a goal to ensure Liverpool went in at the break 3-1 up.

Neil Critchley’s team came under pressure in the early stages of the second period, and Gelhardt rammed in his second of the game in the 58th minute.

Wigan spent much of the remainder in the ascendancy, with Caoimhin Kelleher needing to produce a stunning save to deny Joe Piggott an equaliser, but Liverpool’s resilience enabled them to hold on to all three points. 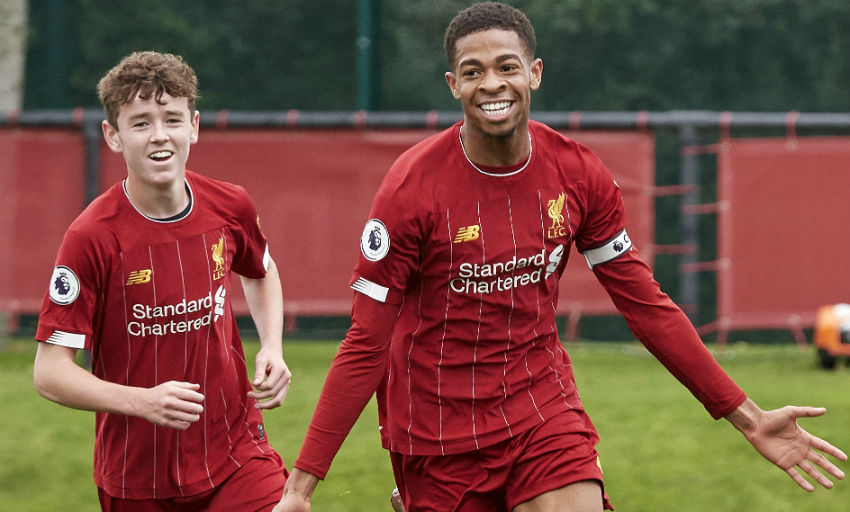 Just eight minutes had elapsed when Dixon-Bonner opened the scoring in stylish fashion.

Harvey Elliott played in Tony Gallacher and the left-back found the skipper with his pull back. Dixon-Bonner did the rest, opening out his body and stroking his shot the far top corner.

Another fine finish by Dixon-Bonner, the 18-year-old this time striding forward and steering a low curler beyond Daniel Gyollai from 20 yards, saw the hosts strengthen their grip on the match, but Wigan pulled one back midway through the half when Gelhardt blasted in off the post.

Liverpool, though, restored their two-goal cushion 11 minutes before half-time.

Elliott’s elusive creativity in the final third was causing Wigan no end of problems and the 16-year-old, fresh from being on the bench for the first team on Saturday, slipped in Neco Williams down the right.

The right-back whipped in a low delivery and debutant Hill got across his marker to slide home at the near post.

It was Wigan who began the second period on top, however, and the dangerous Gelhardt reduced their arrears just before the hour mark.

The 17-year-old striker, who came on as a substitute for the Latics’ senior side on Saturday, shrugged off Gallacher and drove a powerful low strike past Kelleher.

The buoyant visitors continued pushing forward in search of a leveller and only a brilliant reaction save by Kelleher, who spread himself to block Piggott’s effort from close range, kept Liverpool in front.

Substitute Piggott then turned provider for Charlie Jolley, but the unmarked forward miscued his shot high and wide after collecting his teammate’s knock-down.

Gelhardt spurned a late chance to equalise, the teenager dragging a shot wide, before Dixon-Bonner hit the side-netting as he sought a hat-trick goal that would have secured a more comfortable victory for the young Reds.

However, that mattered little as Liverpool saw out the closing minutes to win their Premier League Cup opener.