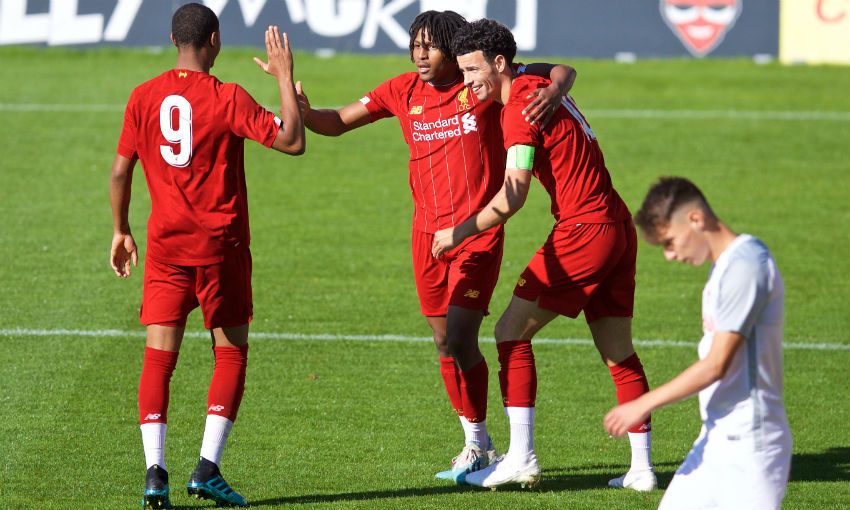 'We will need our 'A' game to beat Everton'

Liverpool U19s displayed their fighting spirit by coming from behind to beat Salzburg 4-2 in the UEFA Youth League on Wednesday afternoon.

The young Reds trailed 2-1 with 12 minutes remaining at the Totally Wicked Stadium in St Helens until a Neco Williams equaliser was followed up by Curtis Jones' superb 82nd-minute curler and a Rhian Brewster penalty.

Yasser Larouci had rounded off a superb counter-attacking move to put the hosts a goal up after five minutes of play.

But Karim Adeyemi equalised midway through the first half before David Affengruber headed in just after the hour mark to put the Austrian side ahead.

Barry Lewtas named a team that had plenty of first-team exposure with Ki-Jana Hoever, Sepp van den Berg and Harvey Elliott also in the starting XI.

A high-intensity start saw the Reds go in front in a move that started from a Salzburg corner. Within a matter of seconds, Larouci was up the other end firing home.

Williams' headed clearance fell to Brewster, who immediately carried possession and surged towards the opposing goal. The striker then calmly played in the overlapping Larouci before the wing-back thrashed an effort beyond Daniel Antosch.

Jones and Morgan Boyes could have added a second shortly after, and Liverpool were made to rue those missed chances in the 21st minute.

Adeyemi was sent through on goal with a defence-splitting pass as the Salzburg No.7 rounded the onrushing Jakub Ojrzynski to slot home and restore parity.

Liverpool were extremely close to holding a lead at the half-time break, but they were denied by the woodwork. After taking over from Williams' promising run, Brewster hit a shot from close range that struck the post and bounced clear. 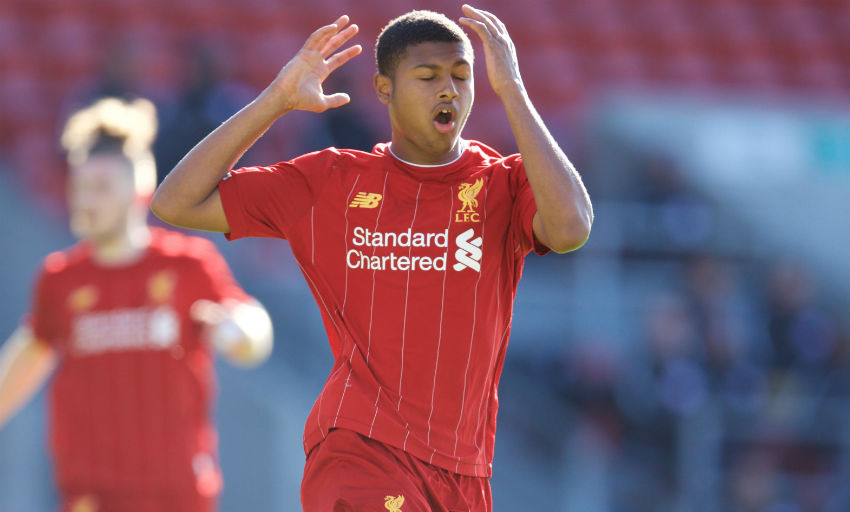 Salzburg heaped on the pressure after the restart and made their dominance count.

Ojrzynski tipped Luka Sucic's long-range shot onto the post and for a corner. But from the resulting set-piece, Affengruber was there at the near post to head home and turn the tie around.

But the young Reds responded perfectly to the setback. Larouci turned provider this time and stood up a cross from the left that was met at the back post by Williams, who nodded in before then being replaced by Luis Longstaff.

Lewtas' side looked the likeliest winners afterwards and managed to complete the comeback.

Brewster combined well with Longstaff as Jones then picked up the ball outside the 18-yard box, giving himself space to curl beyond Antosch.

And deep into stoppage time, Elliott was brought down by Samuel Major in the area, with Brewster converting the spot-kick to secure the three points.