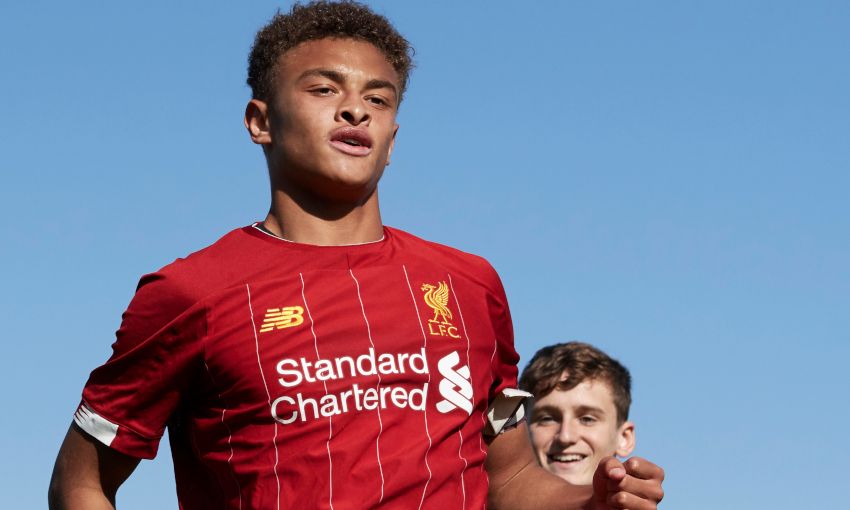 Fidel O'Rourke scored a stoppage-time winner as Liverpool U18s fought back from two goals down to beat Swansea City 3-2 in the group stage of the Premier League Cup on Saturday morning.

The home side opened the scoring from the penalty spot and doubled their advantage early in the second half.

But O'Rourke pulled a goal back on 70 minutes before substitute Owen Beck made it 2-2 following a superb team move.

Then, with time almost up, U18s skipper O'Rourke was there to net a dramatic decider in the opening group game for the young Reds.

Reflecting on the win, U18s boss Barry Lewtas told Liverpoolfc.com: "We played really well and the boys deserve so much credit.

"We love a late winner and it's no coincidence, as we have said many times.

"Even when we were 1-0 and 2-0 down we were the better team, we played some great football and created lots of chances.

"To be fair to Swansea City, they were dangerous on the counter-attack, but we kept in there and got it back to 2-2.

"Even when we equalised the boys quickly got the ball back and wanted to get the game restarted to try to get the winner - and that is the attitude they have. We got our rewards with the winner."