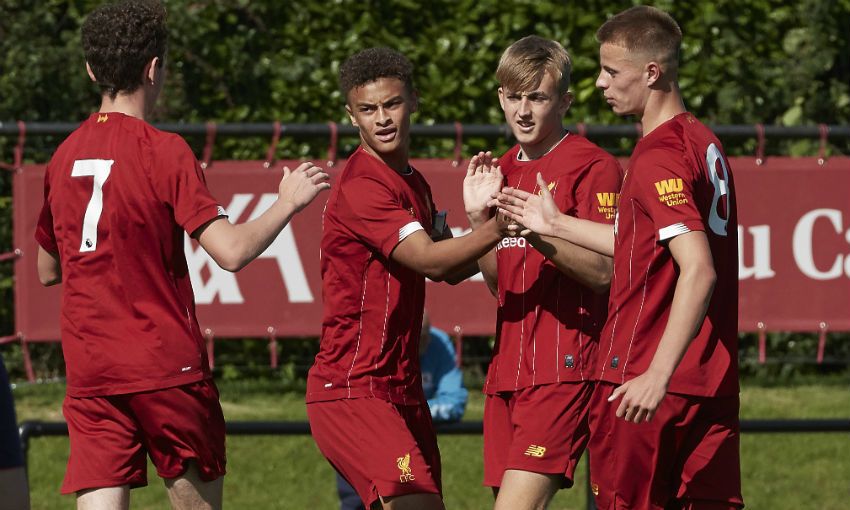 'Our boys never gave up and deserved their reward'

Liverpool U18s were 3-0 victors of a hard-fought contest with Middlesbrough at the Kirkby Academy on Saturday afternoon.

Tom Hill's second-half header opened the scoring in the U18s Premier League North affair before James Norris finished emphatically and Fidel O'Rourke converted an injury-time penalty to wrap up the points for the young Reds.

Jake Cain celebrated signing his first professional contract at the start of the week by claiming two assists as Barry Lewtas' side earned their fourth victory of the season.

The hosts overcame a strong wind to make a positive start to the encounter. Middlesbrough goalkeeper Oliver Swann denied Hill and then Layton Stewart inside the opening 11 minutes.

But there were then scares at the other end of the pitch. Boro's Joe Gibson fired wide from long range before going one-on-one with Reds stopper Jakub Ojrzynski after a counter-attack, only to see his lofted finish batted away.

The game did settle down afterwards but the visitors needed Lucas Reed's block on a goal-bound Stewart effort to ensure it remained goalless at the half-time break. 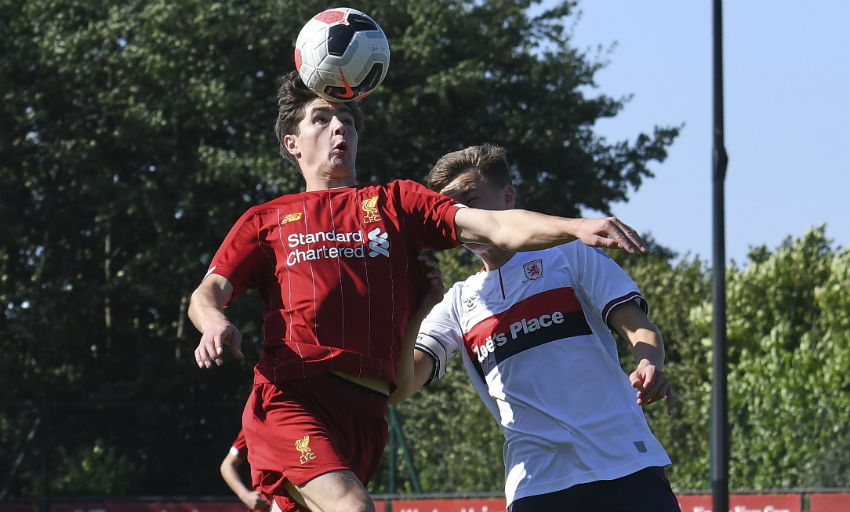 However, all it took was five minutes of the second half for the deadlock to be broken. Cain picked up possession on the right-hand side and sent a curling ball into the box.

Hill was in front of his defender and in position to flick a header into the far corner to make it 1-0.

Middlesbrough had a good chance to level in the 65th minute, but Liverpool were again thankful to Ojrzynski, who denied Alberto Balde when through on goal.

Then, after a good through ball from Cain, Stewart unselfishly opted to square for O'Rourke when with a sight of goal as the pass was cut out and half-cleared by Boro.

But Cain secured his second assist of the afternoon 12 minutes from time.

After latching onto the No.6's perfect pass, Norris – playing further forward after stints at left-back this season – rifled into the roof of the net.

The win was secured when Harold Essien was adjudged to have brought down substitute Conor Bradley inside the 18-yard box, with O'Rourke stepping up to complete the scoring.