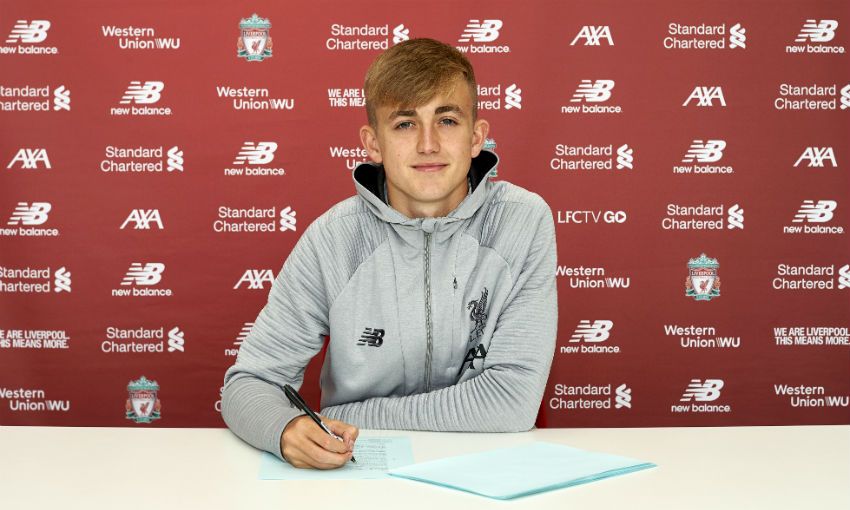 The midfielder, who turned 18 earlier in September, is a member of Barry Lewtas' U18s group and the club's UEFA Youth League squad.

Born in Wigan, he has been at the Liverpool FC Academy since the age of nine and made his U18s debut as an U16 player under Steven Gerrard in 2017-18.

A creative influence with an eye for goal, Cain already has several assists to his name this season as well as finding the net three times himself.

In 2018-19, he played an important role as the Reds lifted the FA Youth Cup after a penalty shootout against Manchester City.