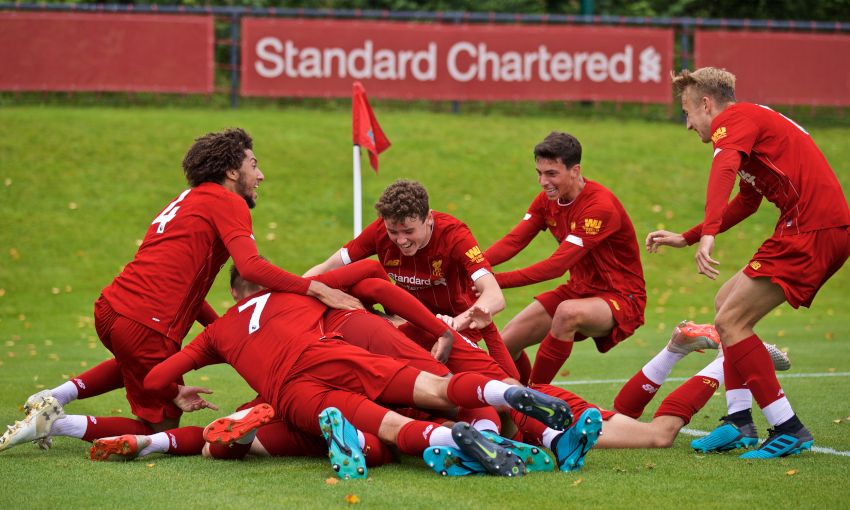 Liverpool U18s produced another late goal to defeat Manchester United 4-3 in dramatic fashion at the Academy on Saturday morning.

The young Reds twice took the lead in the first half – through Matteo Ritaccio and Fidel O’Rourke – but United quickly equalised on each occasion.

Niall Brookwell thought he had provided a winner when he struck with 10 minutes to go but yet again the visitors found a rapid leveller, this time from Charlie Wellens.

Barry Lewtas’ side refused to give in, though, and Layton Stewart claimed the crucial touch when a left-wing corner ended up in the net with 88 on the clock. 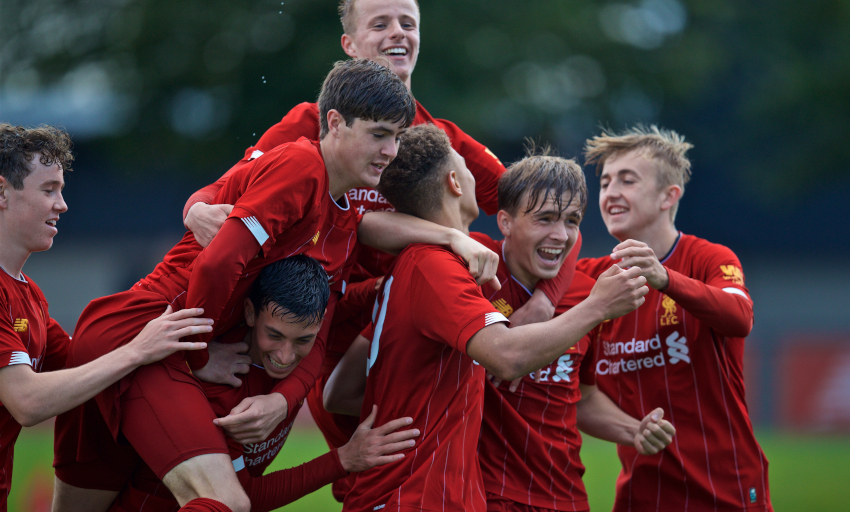 Such incident seemed unlikely during a cagey opening 20 minutes in Kirkby with little in the way of genuine chances, a low curler wide of the right post from Dillon Hoogewerf marking a rare threat.

But the quiet nature of the beginning of the game soon gave way to a frantic period of football featuring four goals before the half-time interval.

Ritaccio kicked off the scoring spree by rounding off a fine Liverpool team move on 26 minutes.

Jake Cain’s cute forward pass in the centre of the pitch freed Brookwell to slip Ritaccio through inside the area – and the American calmly touched the ball past the goalkeeper and clipped home. 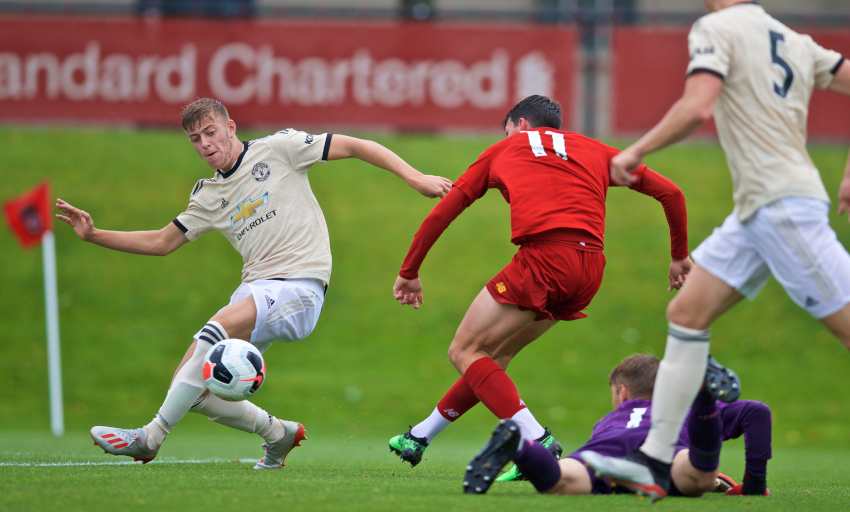 But the lead was short-lived. Ben Winterbottom was unable to collect a deep United free-kick from the right channel and Ayodeji Sotona, who had only just come on as a substitute, was on hand to take advantage from close range.

The young Reds reacted well and got back in front eight minutes before the break.

They did so via another excellent combination attack, Cain the provider with a through pass for O’Rourke to tuck a first-time finish around the goalkeeper. 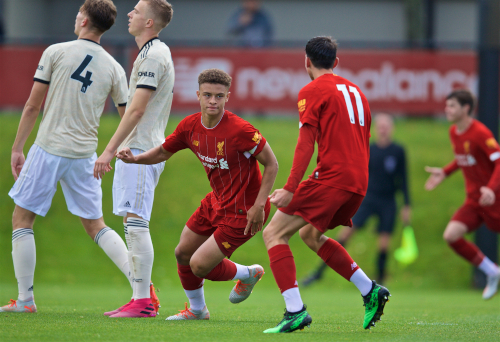 United, however, responded within three minutes once again.

The visitors benefited from a slice of fortune as Mark Helm’s strike from the left corner of the box took a strange deflection and went into the bottom right corner off Wellens.

Liverpool still could have taken a lead into the interval, Brookwell guiding a lofted hit just over and Leighton Clarkson seeing a free shot blocked at the last, meaning the pause came with the sides locked at 2-2.

LFCTV GO: Watch the best of the 4-3 thriller

The tempo eased when the action resumed but it was United exerting more consistent pressure in the rivals’ respective search for a third goal.

Sotona’s pace provided an obvious outlet for the away team and the No.14 caused concern with a surging run from deep all the way to the penalty area, until Billy Koumetio shepherded him away from goal.

The 16-year-old met a United clearance to the edge of the box with a controlled touch on his right foot and instant dipping volley off his left – drawing a diving save from Ondrej Mastny.

The Reds did go ahead again in the 80th minute, though, from another sweeping move.

Clarkson’s angled pass from left to right picked out Hill in space and the latter’s knock into the centre of the area found Brookwell, who directed the ball low into the net for what the hosts hoped would be the winner. 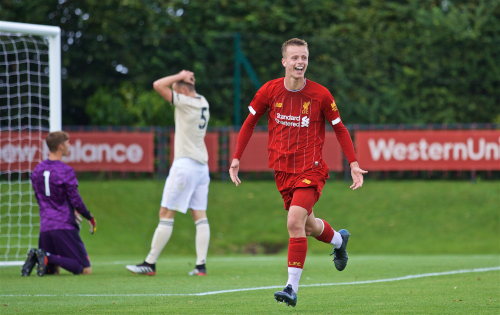 Yet, within moments, Wellens crashed a rising effort off the underside of the crossbar and out. And then the United midfielder did equalise.

From Reece Devine’s inviting delivery in behind, Winterbottom rushed out to thwart Sotona but the loose ball ran for Wellens to convert into the empty net.

Liverpool were still not finished.

Clarkson’s curling corner from the left-hand side was flicked on – with Stewart laying claim to the touch – and deflected off a defender en route to the far corner for a remarkable win, which was preserved by an important stoppage-time save by Winterbottom from Charlie McCann.