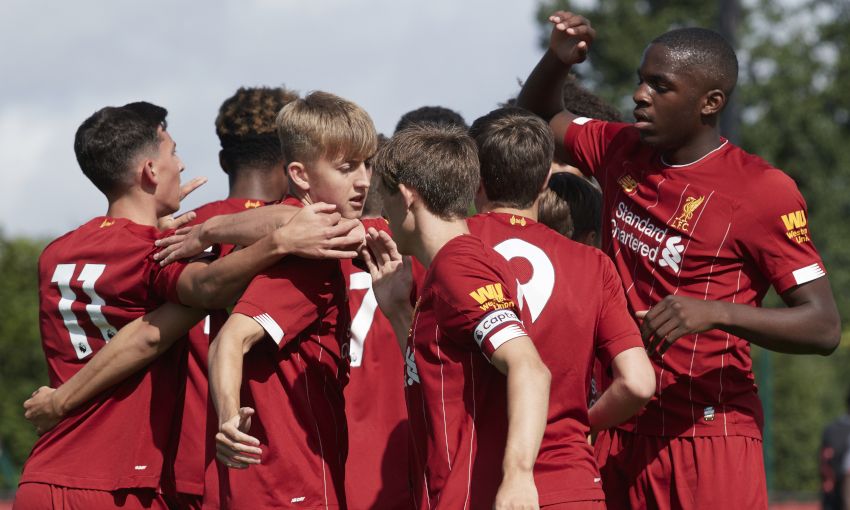 Layton Stewart's 88th-minute goal gave Liverpool U18s a 3-2 win from an entertaining league clash with Stoke City at the Academy on Saturday.

Jake Cain and Tom Hill had scored first-half goals for the young Reds, who were twice pegged back by the visitors and looked likely to have to settle for a point.

But Stewart’s excellent late finish, lobbed over the goalkeeper, means Barry Lewtas’ side have made a 100 per cent start to the U18 Premier League season.

Stoke fashioned the first chance on a bright morning in Kirkby as Jai Verma sought to pounce on a cross from the right but was denied by a crucial Jarell Quansah block at the last.

And within moments, the hosts took the lead.

After a quick turnover of possession in the ninth minute, Matteo Ritaccio smartly slid a pass through to the forward run of Cain and the No.8 guided a low finish beyond the goalkeeper. 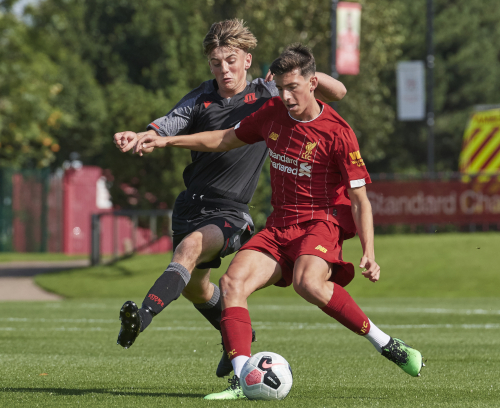 It could have been two courtesy of a smooth passing exchange involving the same two Reds but Ritaccio’s square cross just eluded Stewart and then James Balagizi as they rushed into the box.

Stoke’s assured play was undiminished, though, and they deservedly levelled the score shortly before the half-hour mark.

A cleared corner was recycled for Adam Porter to lift in a deep cross from the left. Lewis Macari’s header across goal struck the opposite post and Ethan Varian forced the ball over the goalline if it were needed.

Liverpool struck again, however, and this time through Hill. The midfielder broke into space inside the area and spotted a chance to sweep a clinical shot into the left corner. 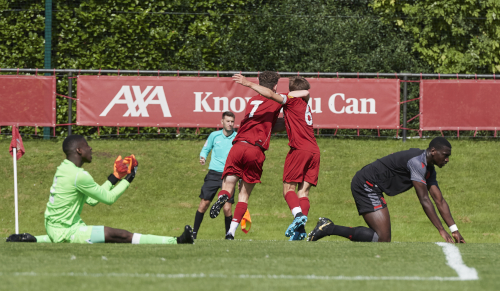 Ben Winterbottom preserved that advantage four minutes before the interval, blocking a first-time hit from Varian after Verma had found his teammate with a cross.

Niall Brookwell and Fidel O’Rourke were introduced at the outset of the second half and each went close to extending the Reds’ lead in the early stages.

Brookwell, indeed, was denied twice in quick succession. First he had a close-range effort cleared off the line and then, once the ball was sent back into the box, his blast on the turn was brilliantly tipped over by Stoke goalkeeper Paul Cooper.

Cooper next punched away a firm strike from O’Rourke, who had held off his marker well to ensure a chance to shoot in the right channel.

The end-to-end nature of the game continued, with opportunities for both teams. And the next one was taken by Stoke with a quarter of an hour remaining.

Soiyir Sanali made ground down the left flank with his pace and ball control before pulling a pass back to Pat Jarrett. He delicately dispatched a dipping finish over Winterbottom for 2-2.

As Liverpool pushed for a clinching third goal, Brookwell sent an angled drive too high and Stewart’s low punt was blocked by the ‘keeper from an inviting Ritaccio centre.

But there was still time for a stunning final flourish. 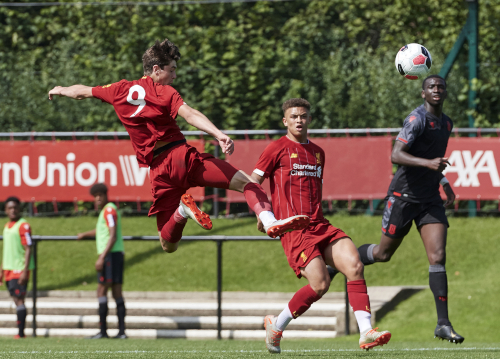 Cain knocked forward an accurate long pass into the area and Stewart met it with a perfect touch over the goalkeeper and into the back of the net for a late, late win.