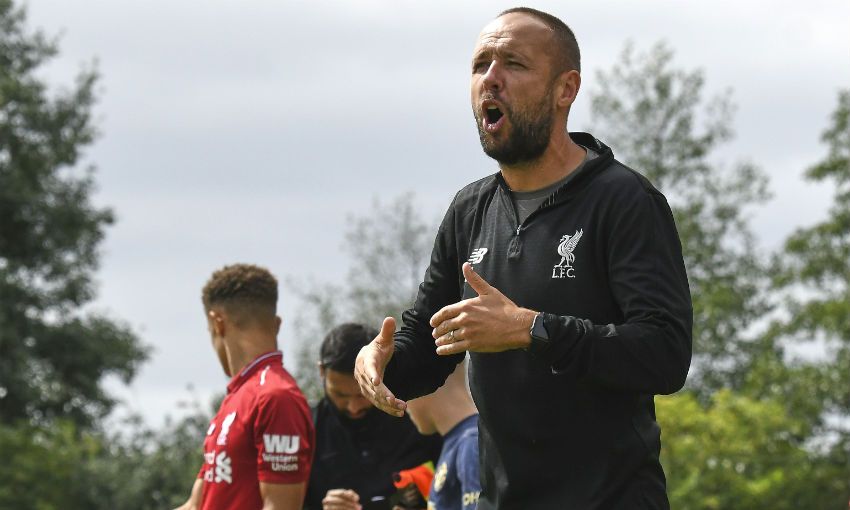 As the senior Liverpool squad prepare to head to New York for the final leg of their United States pre-season tour, Barry Lewtas' U18s are embarking on quite a different trip.

With their preparations for the 2019-20 season in full swing, the young Reds will break away from their summer routine to spend the next two days at Weeton Barracks in Lancashire.

The team are set to take part in activities designed to strengthen its unity before staying at the army camp overnight.

"We'll get to see people pushed to their limits, I imagine," Lewtas told Liverpoolfc.com. "I don't think they know what time they're getting up in the morning yet, I don't think they've seen those hours!

"It just breaks up pre-season a little bit. We'll put the lads through their paces I think and let someone else shout at them! It's something a little bit different.

"The exercises that are planned there will be around teamwork, working together and solving problems.

"It's just about bringing the group a little bit closer and doing something different. Obviously we'll do a few little fitness exercises as well.

"It's a good opportunity for the players and staff to spend a bit of time together and do something different."

Having returned to the Kirkby Academy from their summer breaks on July 3, the U18s have won all three of their friendlies so far this summer.

They head to Brussels on Sunday, along with the U23s, to take on Anderlecht as the start of the new campaign draws ever nearer.

"The lads work hard over pre-season and sometimes just getting off-site and doing something different is a good chance for us to mix as a group," Lewtas continued.

"We're off to Anderlecht next weekend, so we just thought this would be a nice little thing to do. Then we'll be back training and then we'll be even closer to the start of the season."