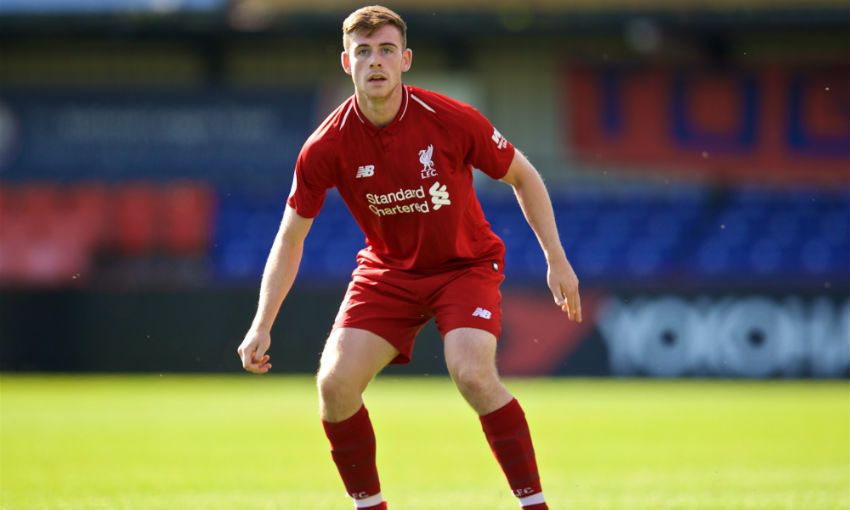 Tony Gallacher scored a fine goal to put Liverpool U23s on course to a 5-1 victory over Marine in a friendly on Sunday.

The left-back's long-range strike flew into the top corner to break the deadlock in Crosby as Liam Millar, Isaac Christie-Davies and Jack Bearne were also on the scoresheet.

Marine levelled proceedings shortly after half-time but substitute Millar put the visitors back in front when he converted the rebound to his missed penalty.

Christie-Davies then applied the finishing touches to a well-worked move before Bearne added Liverpool's fourth.

Millar completed the scoring with the final kick of the game to grab his second of the day.

Speaking after the match, U23s manager Neil Critchley told Liverpoolfc.com: "We played some good football in patches, really nice moves and things we've been working on in training.

"Tony is capable of that. He scored one against Arsenal for the U23s and he scored two for us last season in a behind-closed-doors game. It's not the first time he's produced something like that. It was a great goal."