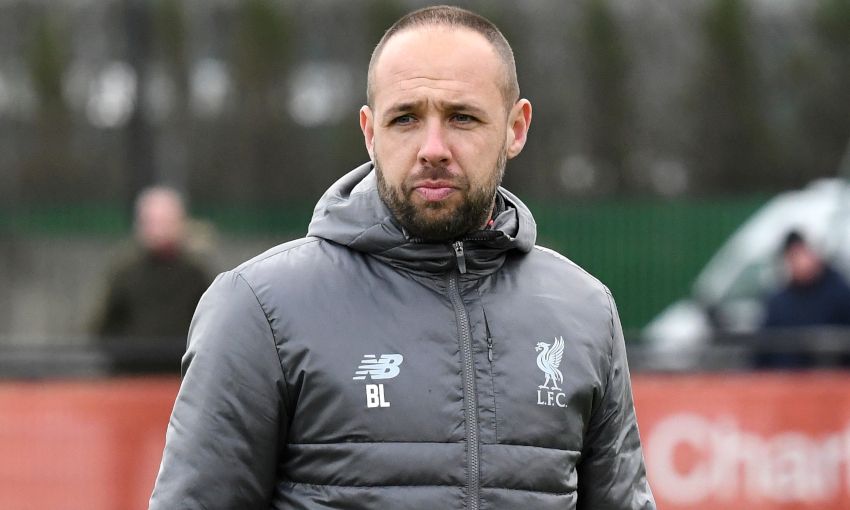 Liverpool to face Accrington, Fleetwood and Oldham in EFL Trophy

Liverpool U18s produced an impressive display as they swept aside Bury 5-0 in a friendly at the Academy on Saturday morning.

Bury made a bright start but found Reds stopper Ben Winterbottom a tough obstacle to get past as he made a couple of fine saves.

Barry Lewtas' side lost right-back Jack Walls early on after he made a superb last-ditch challenge to deny Bury a certain goal following a quickly-taken free-kick.

After a lengthy stoppage Walls was treated by Dr Jim Moxon and his medical staff, and he was stretchered off with what appeared to be a jaw injury.

The young Reds quickly got into their stride when the action resumed and scored four goals inside 25 minutes.

Balagizi opened the scoring when he darted into the penalty area and converted with a lovely finish as he lifted the ball over the goalkeeper.

Cain then made a clever run down the left flank before producing a superb low cross into the path of Stewart, who slotted home for 2-0.

Clarkson got himself on the scoresheet by putting the finishing touches to an excellent team move and Cain made it 4-0 with another brilliant finish before the break.

There was one further goal in the second half - Stewart pounced to net from close range.

Reflecting on the win, Lewtas told Liverpoolfc.com: "It was a really good performance by the boys and we scored some nice goals.

"We played some really good attacking football and could have scored a few more goals in the end.

"It was a shame to lose Jack after he made a brilliant interception so hopefully he will be OK."