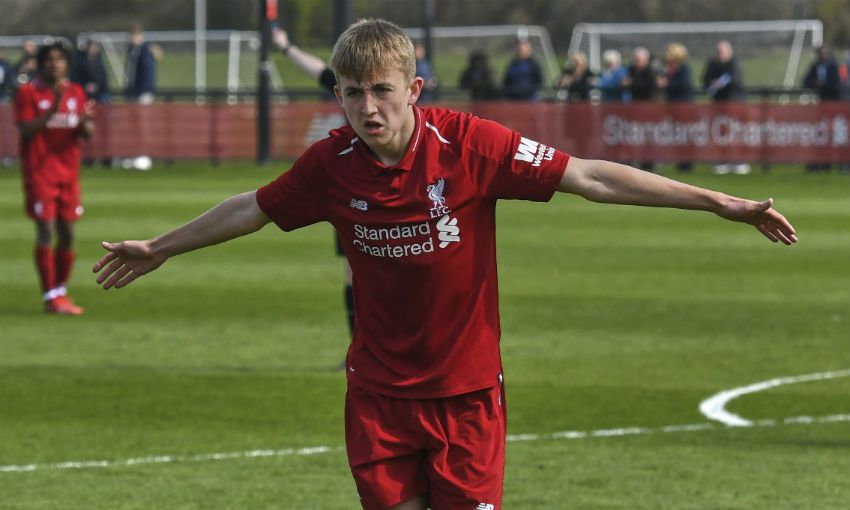 Barry Lewtas' side played some delightful football at times as they enjoyed their first minutes following the summer break.

U16 player Oakley Cannonier netted the opening goal before Cain made it 2-0 with a superb curled free-kick.

Niall Brookwell then put the finishing touches on a brilliant team move to add the third goal.

The lively No.9 Layton Stewart was unfortunate not to net a second-half hat-trick.

He fired one effort inches wide after a sweet turn on the edge of the box, was denied by a brilliant save at point-blank range and then sent a diving header just past the post.

Reflecting on the outing, Lewtas told Liverpoolfc.com: "It was good to give the boys their first minutes of pre-season and it was a pleasing performance.

"Jake scored two great free-kicks and he and Leighton Clarkson are capable of doing that for us.

"We had a lot of first-year scholars and it was good to give them a first experience at U18 level."