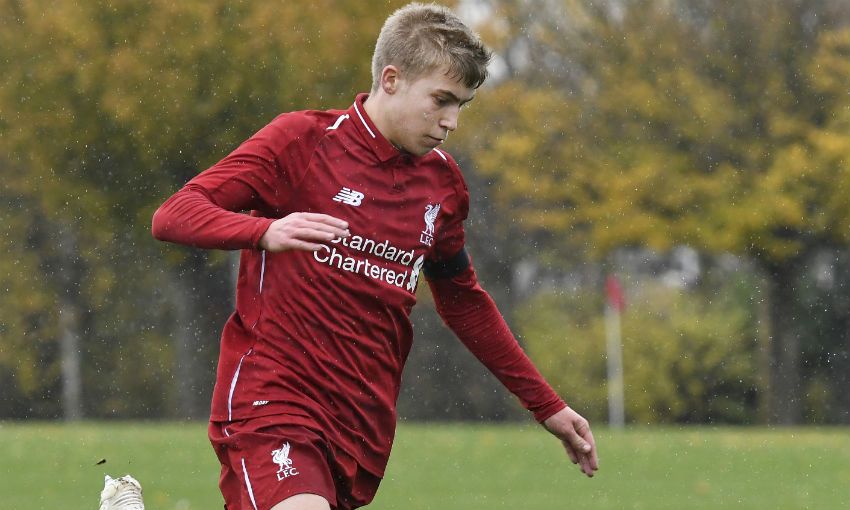 Jack Bearne struck early on at the Etihad Campus to ensure the young Reds overcame the Blues for the second time in the space of five days.

Victory means Barry Lewtas’ team sit three points adrift of U18 Premier League North leaders Derby County - who completed their season by beating Wolverhampton Wanderers 6-0 at the weekend - ahead of their last game of the campaign against Middlesbrough on Saturday.

However, the young Rams’ superior goal difference makes a turnaround at the top unlikely, with Liverpool already guaranteed to finish second in the division.

The visitors - playing with three central defenders and Neco Williams and Yasser Larouci as wing-backs - started on the front foot and City goalkeeper Cieran Slicker had already made two saves to deny Luis Longstaff and Larouci before Bearne’s 12th-minute opener.

Bobby Duncan set up the forward with a fine through-ball, and he subsequently rounded Slicker and slotted home his fourth goal of the campaign.

Bearne forced Slicker into action again midway through the half after he’d cut inside from the left flank, before City’s ‘keeper stopped Duncan’s goal-bound effort following a neat turn by Liverpool’s No.10.

City, though, ended the first half strongly.

Keyendrah Simmonds’ shot from range went narrowly wide of Vitezslav Jaros’ goal, and nobody was on hand to convert Noah Ohio’s dangerous low cross two minutes before a break that came at the right time for the young Reds.

It was Liverpool who seized back control of proceedings immediately after the interval, however.

Slicker bested Duncan in a one-on-one created by Matteo Ritaccio’s excellent pass, and the ‘keeper prevented Bearne from doubling his tally on the hour mark after he’d escaped his defender with a brilliant turn.

The chances kept coming for Lewtas’ side, too, with substitute Abdi Sharif having an effort cleared off the line and Bearne rattling the post late on, but one goal proved enough to secure an impressive win.