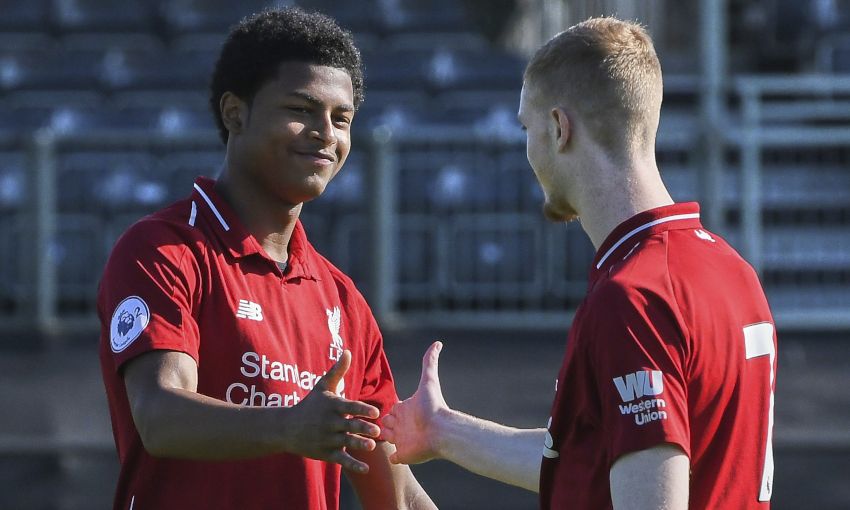 Lewtas' mini-derby message: 'Compete and be ready for the unexpected'

Rhian Brewster marked his return to match action with two goals for Liverpool U23s on Friday afternoon in a friendly against Northwestern University.

Brewster took another significant step in his recovery from long-term injury with a 45-minute appearance at the Kirkby Academy that represented his first outing since January 2018.

Alex Oxlade-Chamberlain was among those in attendance and watched the striker open the scoring after six minutes with a curling effort from outside the penalty area.

The 18-year-old then grabbed his second a short while later by converting the rebound of a Glen McAuley shot that struck the crossbar.

Brewster, who signed a long-term contract with the club last July, played the entire first half of an eventual 4-0 win for Neil Critchley's side.

Exclusive LFC copyright images - do not share without authorisation