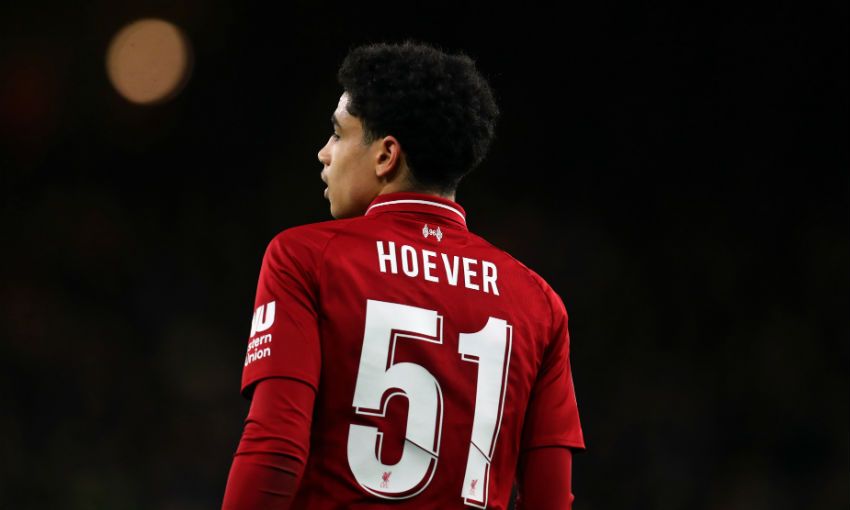 'He's a good footballer and a good person.'

Speaking prior to the FA Cup tie with Wolverhampton Wanderers, Liverpool’s Academy director Alex Inglethorpe is talking about Ki-Jana Hoever - and by now, you already know the headline facts about him, of course. He is a 16-year-old boy with a place in the Reds’ history books.

In replacing Dejan Lovren early on in Monday’s third-round meeting at Molineux, Hoever became the club’s third-youngest debutant and their youngest ever in that competition.

The Netherlands youth international was just 16 years and 354 days old when he performed with remarkable surety and confidence in central defence during a testing tie that ultimately ended in a narrow defeat.

“Ki-Jana played really good,” was Jürgen Klopp’s assessment when he spoke to Liverpoolfc.com post-match at Molineux.

“A bit wild: a few times we had to tell him ‘don’t run there, don’t run there’, but you saw a really confident boy. Physically he has to improve, he has to grow in the best way, so that’s cool.” 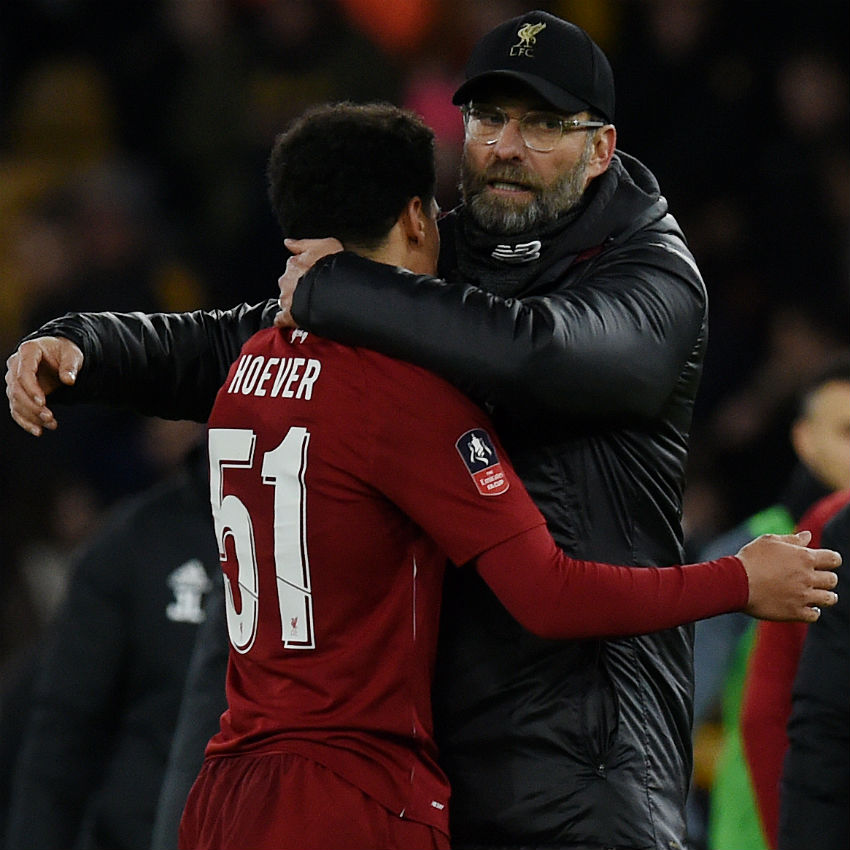 Since arriving on Merseyside from Ajax last September, the Amsterdam-born youngster has represented the club’s U18, U19 and U23 teams with distinction.

A promotion to train regularly at Melwood followed and, post-Wolves, Klopp’s senior side can be added to that list, too.

“I think that he’s an outstanding talent,” began Inglethorpe’s considered analysis, during a recent conversation with Liverpoolfc.com at the Academy.

“The thing that surprises me about him is not just how good a footballer he is, but what a good person he is. He’s highly competitive, he doesn’t like losing.

“He has potential, he has serious potential, and his rate of progression I suppose after pre-season hasn’t surprised me because he’s someone that it was very, very clear from very, very early on had an awful lot of the pieces that you would need to become a top player.

“A lot of the pieces of the jigsaw puzzle are in the box and I guess we just have to put them together. He’s a very exciting prospect.”

Which of those pieces piques Inglethorpe’s intrigue most, though?

“I think he’s driven but at the same time very level-headed,” came the response.

“He carries himself ever so well, he’s got confidence around him and real belief in what he’s doing. OK, yes he can play, he’s technically very good and physically very good, but it’s how he thinks that has drawn me in.

He is, however, equally adept at right-back, and Inglethorpe believes it is too early to say with certainty where his long-term future lies positionally.

“I think a lot will depend on how he develops physically,” the Academy director continued.

“He’s got a lot more to come, you can see that he’s not done physically yet. But I think a lot of that will depend on where he plays in terms of the height he gets to and how he fills out in time.

“He’s someone at the minute that, in the older age groups, is likely to play on the side of the pitch, yet in his own age group plays more centrally. But time will tell.”

Not yet 17 years of age, time is clearly something Hoever has in abundance.

“He’s got a long way to go and a lot to do, but he’s making nice progress at the minute. I think we have to be realistic in terms of our expectations of him, but he’s made a lovely start to his time at Liverpool and I hope I get the opportunity to work with him for many more years yet.”