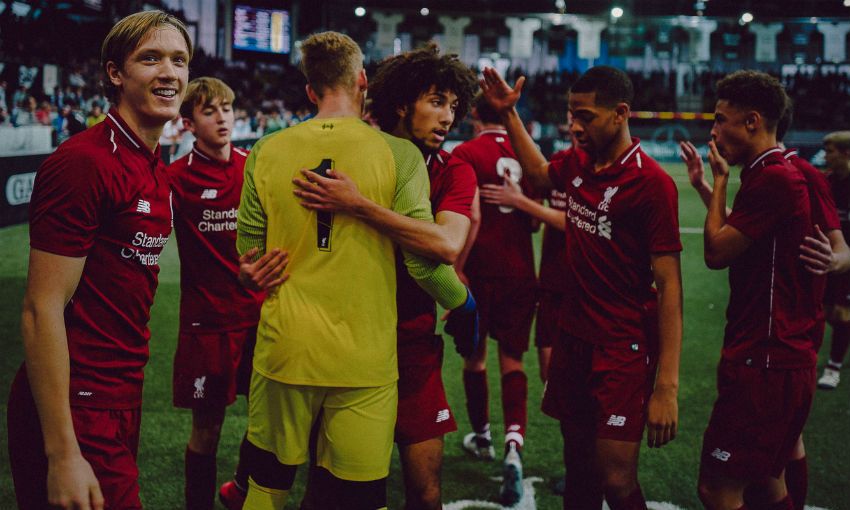 Liverpool U18s won the Mercedes-Benz Junior Cup by coming from behind to beat Rapid Vienna 3-2 in Sunday's final.

The young Reds travelled to Stuttgart to take part in the prestigious two-day indoor tournament and qualified for the semi-finals by advancing through the group stage on Saturday.

After losing 4-3 at Atalanta United in their opening pool match, Barry Lewtas' side responded strongly to register victories over VfB Stuttgart and FC Schalke 04.

Hosts Stuttgart were defeated 1-0 courtesy of Jack Walls' goal, before strikes from Elijah Dixon-Bonner and Fidel O'Rourke saw off Schalke 2-1. 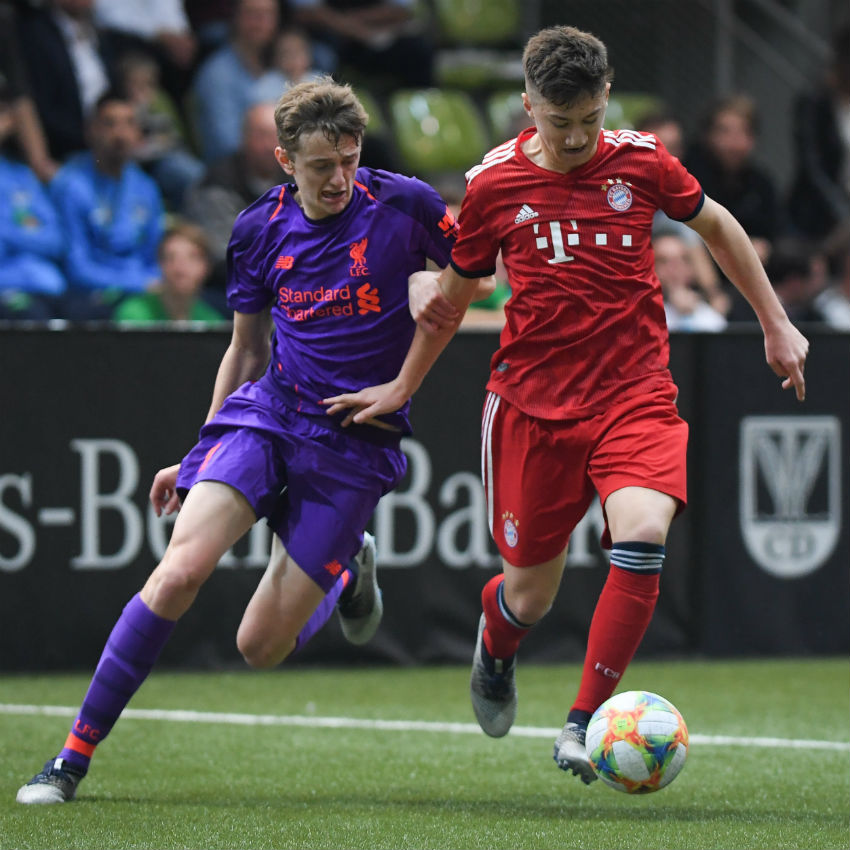 Another German opponent, Bayern Munich, awaited in Sunday's last-four match, and Jack Bearne netted decisively to book Liverpool's spot in the final with a 1-0 win.

Vienna opened the scoring in the showpiece game, but Abdi Sharif, O'Rourke and Remi Savage made it 3-1 to the young Reds, who then held on to claim the trophy after the Austrian outfit had pulled one back.

Reflecting on the tournament victory, Lewtas told Liverpoolfc.com: "It's fantastic to win it and the boys did the club proud.

"We had a young team out but they stuck at it and we showed what we are about. It was a brilliant experience for them and we are delighted with the boys.

"Vitezslav Jaros was named goalkeeper of the tournament and that was a nice reward for the progress he is making under Neil Edwards."