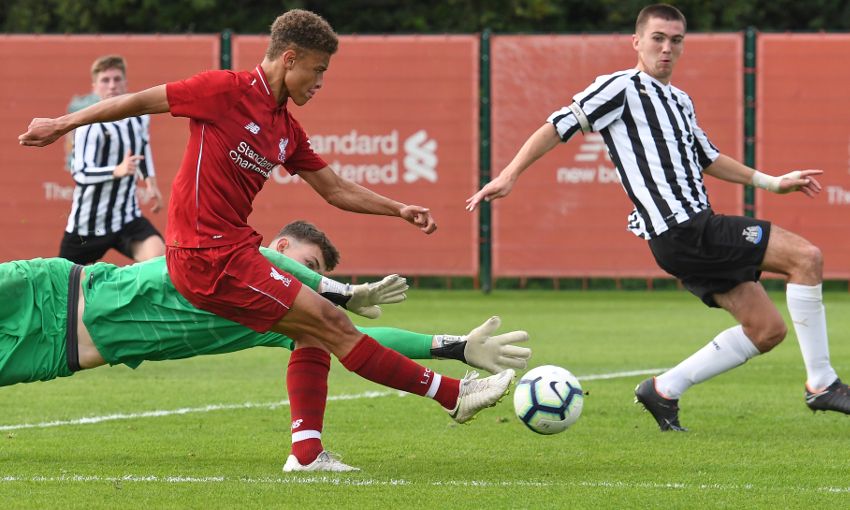 Tickets on sale: Watch LFC in the UEFA Youth League

Luis Longstaff and Bobby Duncan were also on the mark for Barry Lewtas' side.

With captain Paul Glatzel given a rest ahead of Tuesday's UEFA Youth League tie with Paris Saint-Germain, young forward O'Rourke was given his chance and he certainly took it.

Ki-Jana Hoever made his Liverpool debut after the Dutch defender received his international clearance this week, following his move from Ajax.

After taking an early lead, the young Reds scored three times in the second half and despite the visitors netting a last-minute consolation, they were full value for their victory.

Reflecting on the win, Lewtas told Liverpoolfc.com: "We played some really good stuff again and it was a pleasing performance.

"We created lots of chances in the first half but just had one goal to show for our play.

"We did ever so well after the break and had full control of the game.

"I was so pleased for Fidel to get his chance and score two excellent goals. He deserved it."