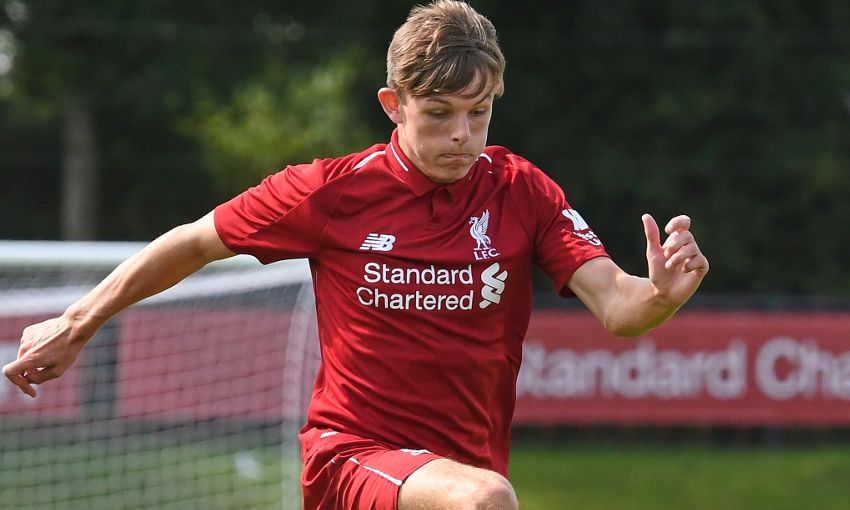 Leighton Clarkson and Tom Clayton were on the mark as Liverpool U18s produced another impressive display to win 2-1 at Stoke City on Saturday.

After a goalless opening half, Clarkson broke the deadlock just past the hour mark and then played a part in the second when his corner was headed home by Clayton.

Although the hosts pulled a late goal back, the young Reds held out for their third victory in four games this season.

Reflecting on the win, U18s manager Barry Lewtas told Liverpool.fc.com: "It's always tricky when you play away at Stoke so we are pleased with the boys.

"We played some nice stuff at times and created lots of good chances. We were unfortunate not to have scored more goals.

"We conceded a silly goal at the end when they threw their big centre-back up front but the boys dug deep and showed character and personality, which we were delighted with."