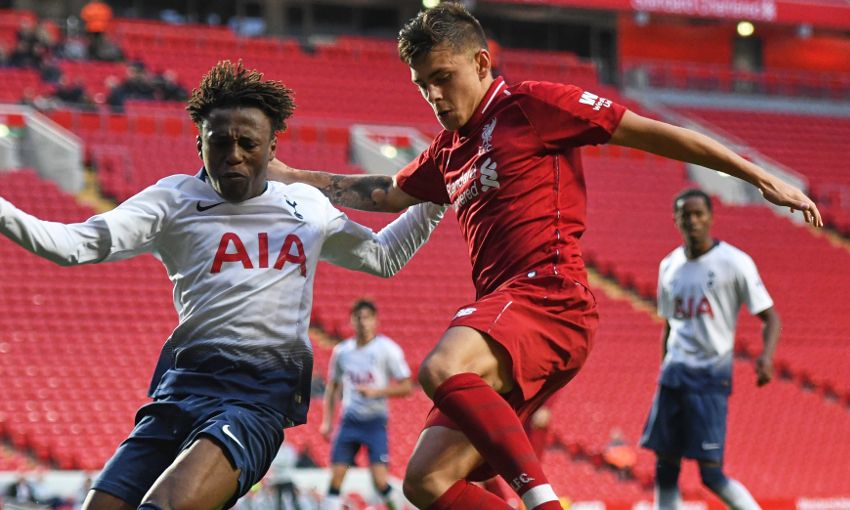 If Liverpool U23s are awarded a penalty when they face Manchester City at the Etihad Stadium on Friday night there is no doubt who will step up to take it.

Adam Lewis may have missed a spot-kick in last week’s Anfield draw with Tottenham Hotspur, but the 18-year-old had an exemplary record when it came to facing an opposition goalkeeper from 12-yards out prior to it.

And should he need to assume responsibilities once again tonight, there'll be no hesitation.

“I’ve had a bit of stick from my friends and my family but 100 per cent if we get a penalty on Friday I’ll be stepping up,” Lewis told Liverpoolfc.com.

“I’m always confident and this time I’ve got to make sure it goes in!”

Lewis has started 2018-19 as first-choice left-back for the U23s, but he faces competition from the likes of Tony Gallacher and Juanma.

His versatility allows him to also operate midfield, though it is in the defensive line where he is hoping to impress Critchley, a coach he has a lot of respect for.

“Critch said after the Tottenham game there are places up for grabs, so all I can do is keep on doing what I’ve been doing and try and impress him for the left-back slot,” he added.

“I’ve played for him since the U18s and he has helped me so much. I know I can speak to him all of the time and he is always there for us.”