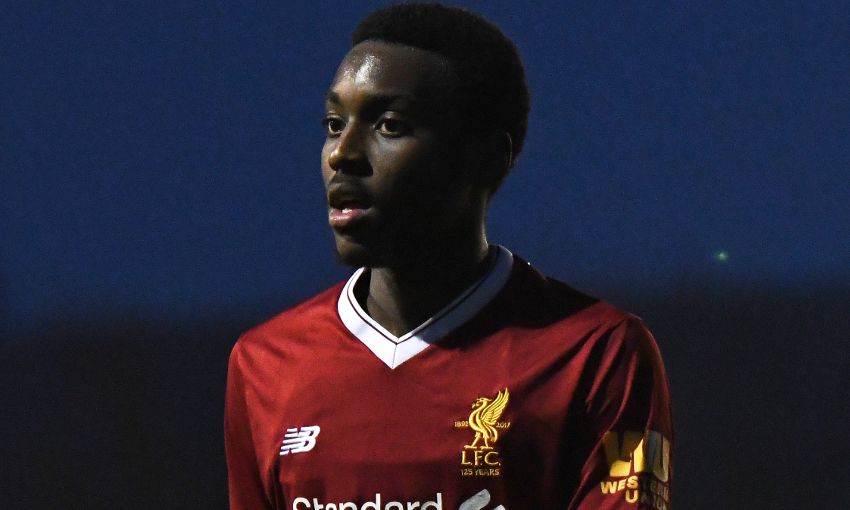 Rafael Camacho missed a penalty as Liverpool U18s ended their 2017-18 campaign with a 2-0 defeat away at Manchester City on Saturday morning.

Two goals in the opening 45 minutes were enough for the home side to secure a second-placed finish ahead of Steven Gerrard's team.

The young Reds, who included Liam Coyle in their starting XI for the first time since September after returning from a back injury, created some great chances but just couldn't put them away.

Camacho then missed a great opening from close range as Gerrard's charges tried to find a way back into the game.

A lifeline came early in the second half when the Reds were awarded a penalty kick, but unfortunately Camacho fired his effort over the bar.

LFCTV GO: Watch the best of the City action

Reflecting on the final game of the season, Gerrard told Liverpoolfc.com: "We were second-best all over the field in the first half but we had a great chance when Rafa hit the bar from just eight yards out.

"There were a lot of positives to take from our second-half display. Rafa missed a penalty, we had one cleared off the line and missed some great chances.

"I'm not saying we should have won the game but we certainly created enough chances to have taken something from it.

"We did well in the second half and it was much improved from the first half."