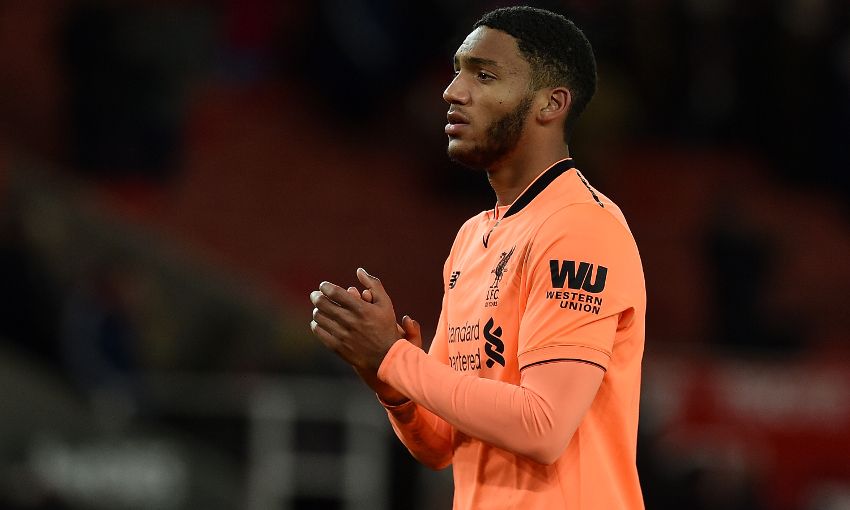 Playing alongside Joe Gomez at the heart of Liverpool U23s' defence at the weekend was a welcome education for George Johnston.

Johnston partnered the first-team regular and England international at the back for Neil Critchley's side in their 4-0 win over Stoke City at St George's Park on Sunday.

And the 19-year-old has explained how Gomez's quality and experience helped guide him through the match.

“It was really good to play alongside an England international who has been a regular in the first team this season,” Johnston told Liverpoolfc.com.

“He was a massive help for me. He constantly talks to you and tells you what to do, he helps your positioning, he is comfortable on the ball and he makes you feel comfortable as well. It was good to see Nathaniel [Clyne] back, he looked sharp and there was a good balance to the back four and it helped the team massively.”

The convincing victory over the Potters saw the U23s halt a run of three successive 1-0 defeats, with their next outing coming on Wednesday when they host FC Porto in the last eight of the Premier League International Cup.

“It’s international opposition and I can tell you everyone is up for this game,” Johnston continued.

“It’s not something that comes around too often. Porto are the holders of the competition, we know they are going to be a difficult team to play against because they play in the second division in Portugal.

“It’s going to be a tough but good game and we can’t wait. It’s the quarter-final and a semi-final place is at stake. In these games it might not always be pretty football so we will have to dig deep and give it everything we have got.”