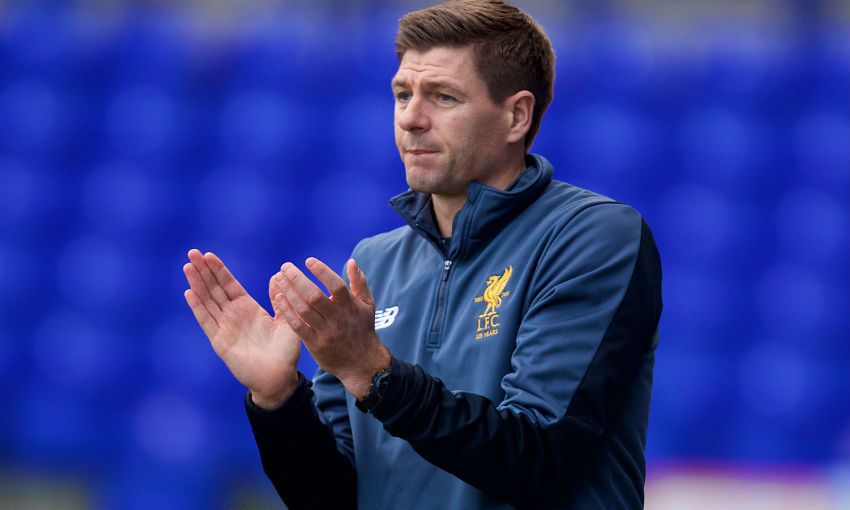 Steven Gerrard praised his Liverpool U19s side for the ‘perfect execution’ of their game plan in Wednesday’s 2-0 UEFA Youth League last-16 win over Manchester United.

The young Reds advanced to a quarter-final meeting with Manchester City thanks to Ben Woodburn’s early header and a stunning late strike from substitute Rafael Camacho.

Having dominated much of the first half at Prenton Park, Gerrard’s team came under pressure in the second period as United strove to get back into the tie.

However, Camacho’s brilliant, dipping effort arrived 13 minutes from time, ending any hopes the visitors had of progressing and putting the gloss on a ‘mature’ Liverpool display that impressed Gerrard.

“It feels good. It feels good to coach this team and certainly to beat one of our big rivals in the last 16 of a massive competition,” the manager told Liverpoolfc.com.

“It feels good, but the players deserve the credit. They’ve had two or three days to prepare for this game on the back of big fixtures in the weekend just gone and they’ve carried out the game plan very, very well.

“[There were] Some superb individual performances within that, but I think it’s important to create a team and a squad. Our substitute came on and gave us that breathing space by finishing the game off.

“I’m proud of the lads and so are Critch and all the staff because we’ve given them a lot of information and messages over the last couple of days and they’ve taken it in, soaked it up, and put in such a mature performance.” 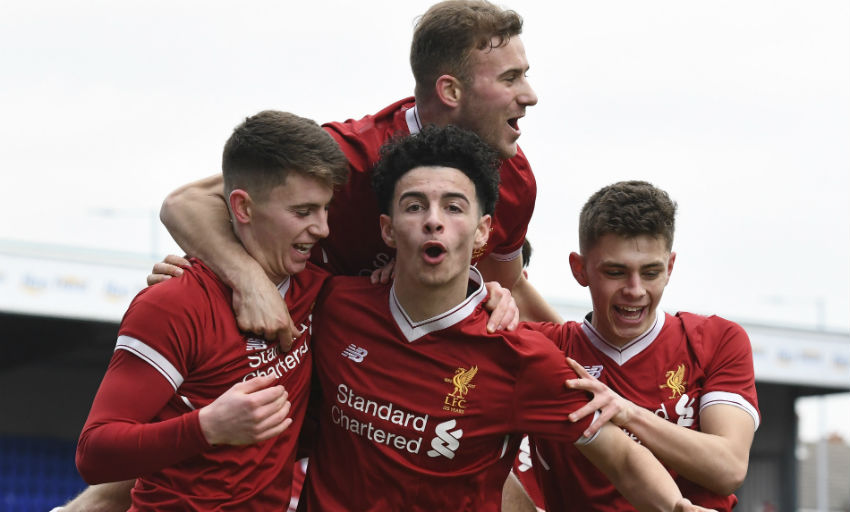 A combination of high-tempo attacking play and resolute defending saw Liverpool overcome Nicky Butt’s side and Gerrard offered an insight into the strategy behind the tactics he asked his players to carry out.

“United started with a diamond so we knew the space was on the side,” he explained.

“Out of possession that’ll always be our game plan, we want to try to press aggressively and win the ball back in good areas and then we can spring off that with the likes of Curtis Jones, Liam Millar, Bobby Adekanye and Ben Woodburn.

“In possession, we want to move the ball from side to side. The lads were terrific today, both in and out of possession.

“We didn’t mind their back players having the ball, we just needed to keep sliding and not let them play through the middle of the pitch.

“Their dangerous players are [Angel] Gomes and [Tahith] Chong and they like to receive the ball between the lines but we didn’t give them much space.

“I think their chances came from our tiredness and little bit of sloppy play, but I think it’d be unfair to criticise the players in any way today because for the small space of time we’ve had, they’ve carried out a game plan so superbly. They’ve executed it perfectly.”

LFCTV GO: Watch highlights from the win over United

On the prospect of a trip to City in next month’s quarter-finals, Gerrard continued: “We take each stage as it comes. Manchester City’s next, away, and we’ll prepare and have a game plan for that game.

“They’ve got excellent individual players and it’s a good challenge for us. The players should be excited.”