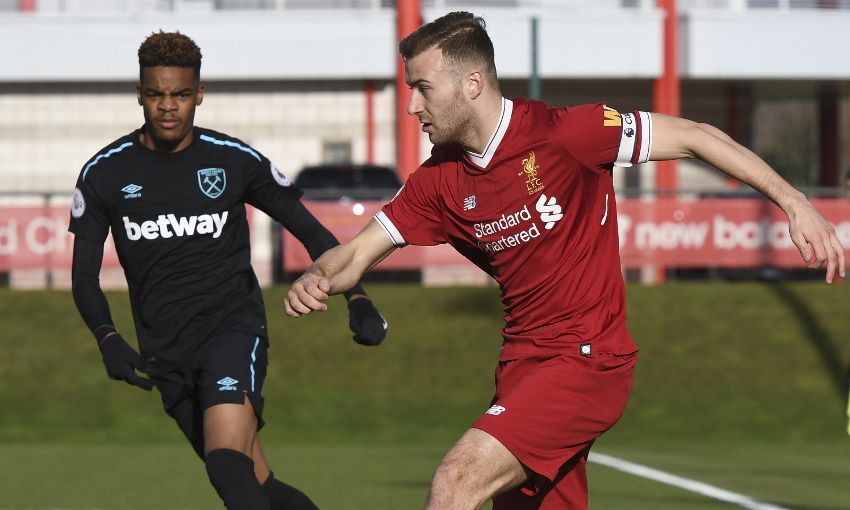 Yan Dhanda on title hopes, stepping up and a new role

Liverpool U23s suffered a blow to their Premier League 2 title ambitions as they were beaten 1-0 by West Ham United at the Academy.

An early goal from Josh Pask proved enough for the Londoners to claim all three points from Neil Critchley’s table-topping team in Kirkby.

Once again, it was a youthful Reds XI featuring a number of U18s graduates and including a debut start at this level for right-back Neco Williams.

LFCTV GO: The best of the action at the Academy

The home side fell behind in the third minute.

A free-kick from the left channel found Pask at the back post and though the Hammers defender’s initial header was blocked by Elijah Dixon-Bonner, it bounced kindly back to him to thrash into the far corner.

It was a confident start by the visitors and Liverpool needed time to assert themselves against a team happy to make the contest a particularly physical one.

Liam Millar had a glimpse of goal on 20 minutes after Dixon-Bonner won possession cleanly in the West Ham half and prodded a pass to the Canadian youth international at the edge of the box.

His attempted curler was well saved by Nathan Trott, though – and the offside flag had been raised in any case.

West Ham might have doubled their lead within seconds but Oladapo Afolayan sliced wide of the right post having moved onto a pull-back inside the area.

Opportunities were few and far between for Liverpool and, in fact, they were grateful of poor finishing on the part of their opponents before the half-time interval. 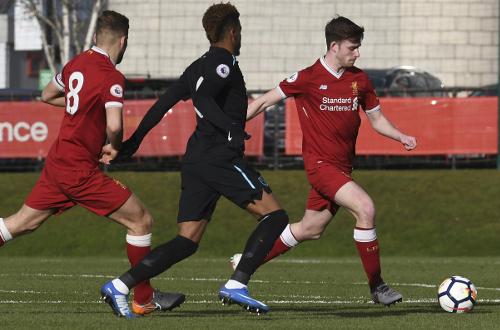 Vashon Neufville had a strong drive tipped over by Caoimhin Kelleher following nimble hold-up play by Grady Diangana, while Jahmal Hector-Ingram swept over the crossbar when perfectly placed from close range.

The Reds could have restored parity two minutes after the restart.

Tony Gallacher’s cross was flicked on by Millar and Herbie Kane bravely stooped to get his head on the ball yards from goal – only for a combination of the goalkeeper and Neufville to block.

Critchley’s charges were much improved in the second period, though the squandering of two promising chances ultimately cost them.

When Curtis Jones scampered into rare space and lofted a cross into the middle on 68 minutes, the waiting Millar could only nod an effort into the hands of the ‘keeper.

And unmarked centre-back Conor Masterson later headed wide from inside the West Ham area, meaning nothing to show for Liverpool’s efforts on the afternoon.