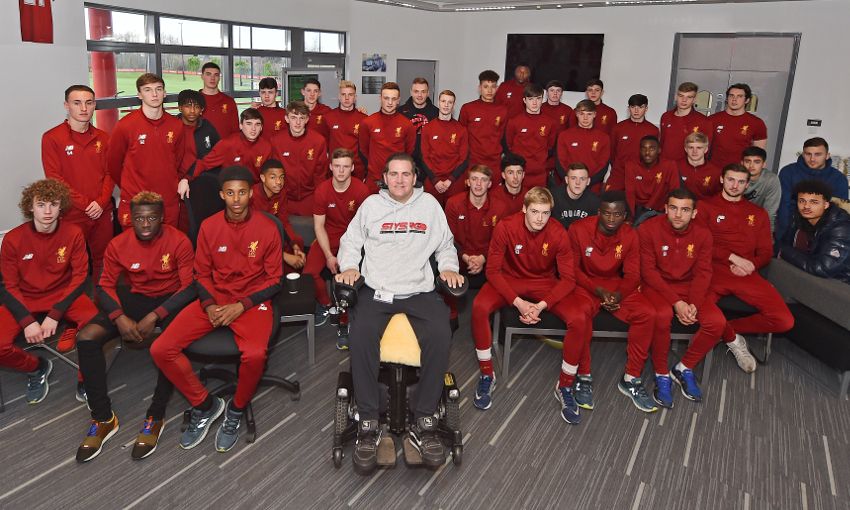 Murray was one of the most renowned names in BMX until tragedy struck in 2007 when a horrific crash left him paralysed from the shoulders down.

Despite his misfortune, Stephen never lost the fighting spirit that made him a world champion and in 2017 he released a book - entitled 'Live Strong' - to help inspire those who face similar adversities.

Murray visited the Kirkby site to deliver a presentation to members of the Reds' U23 and U18 squads on his life experiences before answering questions from the youngsters. 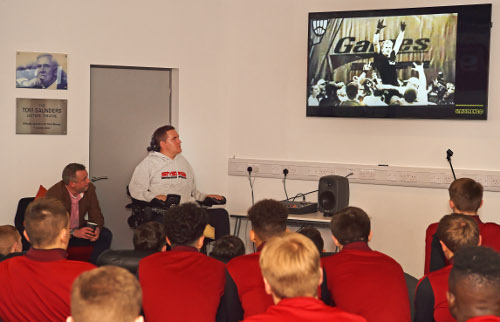 On Murray’s visit, Academy director Alex Inglethorpe said: “It was a privilege to welcome Stephen to the Academy and learn of the struggles and battles he has had to overcome. He is an extremely impressive individual whose story is really emotional and inspirational.