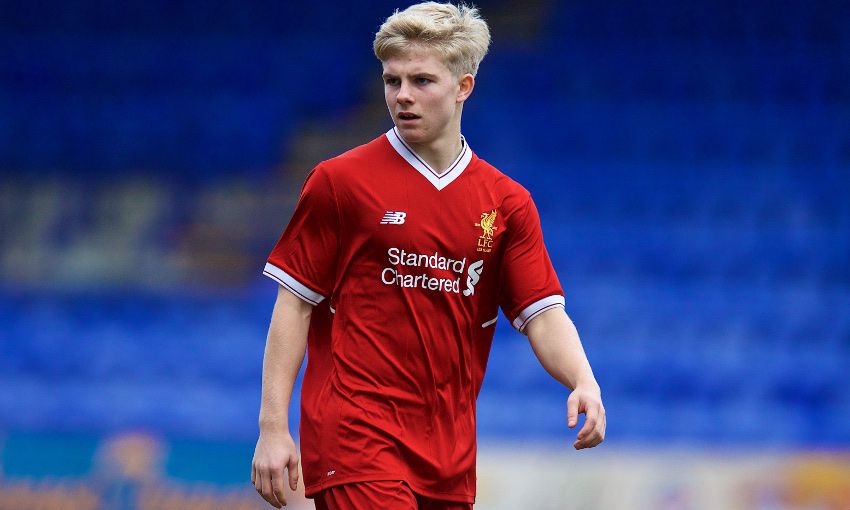 As Steven Gerrard repeatedly induced elation from the Anfield masses while wearing Liverpool red, he could not have known the influence he was having on one young boy watching, learning and dreaming in considerably more idyllic surroundings 850 miles away.

In terms of atmosphere, the Norwegian town of Frosta – population 2,630 by the latest count – could not be further from the tumult of matchday in L4.

But it is there that Edvard Tagseth grew up, fell in love with LFC, and hoped that one day he might have a chance to emulate the man who so regularly brought Kopites to their feet.

Now 17, Tagseth is closer to that dream than ever. A member of Gerrard’s U18s squad, he spends his days at the club’s Academy honing his skills and plotting a route to the first team at Anfield.

And he still can’t quite get his head around it.

Speaking to Liverpoolfc.com at the club’s Kirkby youth base, he enthuses: “To have Steven as a coach is unbelievable, really. He was my idol, I had his shirt and posters on the wall - it’s really special.

“I’ve learned more in this half season than in the rest of my life.

“Everything from defending, attacking, positioning; he knows it all because he’s done almost everything.”

Starting out at the age of six, the midfielder worked his way through the youth teams – the youngest of which were coached by parents – before being fast-tracked to the senior side at just 14.

It was around this time that Tagseth received his first call to represent Norway at youth level, and interest from clubs across England was soon to follow – in part thanks to canvassing from one family member in particular.

He takes up the story: “I played a tournament with Neset and my uncle filmed the matches and tried to send them to Liverpool but I don’t think we heard from them.

“But Everton wanted to have me on trial so then I played in a tournament with them at the Manchester United academy.

“We played United and their scouts saw me, so I went to United as well, and then City.

“[Eventually], the Danish scout Mads Jorgensen saw me and he asked me if I wanted to come and train at Liverpool.”

Liverpool had in fact been aware of the youngster’s talent since he attended an International Academy soccer school in nearby Steinkjer in 2011, but they would have to wait until four years later to sign him up to a pre-contract.

With other clubs interested at that point, Tagseth had a decision to make – one that was tougher than you might expect for a lifelong Reds fan.

He explains: “I had the choice between signing for Everton and Liverpool.

“It wasn’t that easy, it sounds easy, but it wasn’t really. One of the most important things was that I had a good time and was happy there.

“I was happy at both clubs - but obviously Liverpool is better!”

In the two years between striking that agreement and officially joining up last summer, Tagseth made monthly visits to the Academy in order to familiarise himself with new surroundings and acclimate to a step-up in quality he describes as ‘very noticeable’.

And then finally, on August 11, 2017, he pulled on the red shirt for a competitive game for the first time.

He recalls: “It’s a special feeling. Obviously, I had the No.8 shirt on as well so that was extra special.

“Scoring against Blackburn as well on my home debut [eight days later] was amazing.” 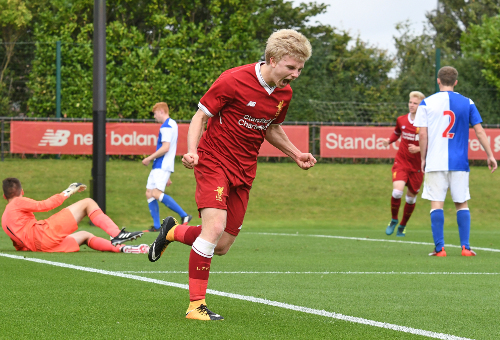 The teenager has since gone from strength to strength, earning plaudits from followers of youth football and, most importantly, his manager, who recently declared: “You would love to have him in your team.”

Tagseth is a key man in an U18s team that has suffered just one defeat so far this season and have their sights set on FA Youth Cup glory as they prepare to resume their quest for the trophy against Arsenal at Anfield on Saturday.

The Norwegian anticipates a ‘surreal’ experience should he be selected to run out at the famous stadium for the first time with the No.8 on his back, just as his hero Gerrard did before him.

Supporters watching the game should certainly keep an eye out for the dynamo in the centre of the park who, when asked to describe himself as a player, says: “Energetic, good with the ball; I run a lot, I like to tackle.”

You can support the U18s from the Kop on Saturday, with tickets priced at just £3 for adults and £1 for juniors, young adults and over-65s.

Season ticket holders and Members can gain admission free of charge but must secure their tickets in advance online. Click here to do so.