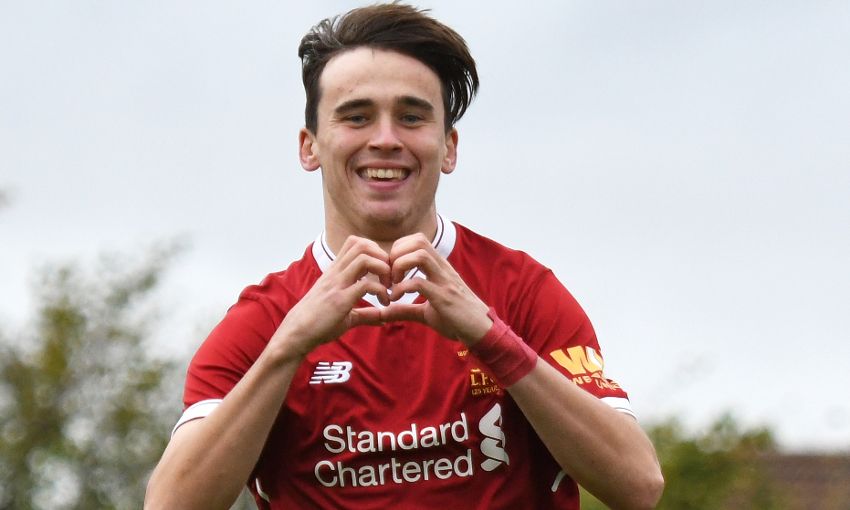 Liam Millar netted a hat-trick as Liverpool U18s reached the fourth round of the FA Youth Cup with a 5-1 win away at Hartlepool United on Wednesday night.

Steven Gerrard's side played some fantastic football at Victoria Park and thoroughly deserved their victory in this third-round tie.

Millar took his tally to 16 goals for the season, and Glen McAuley and Curtis Jones were also on the mark.

Following his sending-off at the weekend against Manchester United the Reds were without the suspended Adam Lewis, so Welsh youth international Morgan Boyes made only his second start of the campaign after returning from injury and there was a first start for Yasser Larouci.

Reflecting on the victory, Gerrard told Liverpoolfc.com: "Everyone knows what the FA Cup is about and it's the same at Youth Cup level as well, and this was the biggest game of the Hartlepool lads' lives.

"To be fair, they made it a contest. We started the game brightly and took the lead but then we got caught by a sucker punch. They played a diagonal ball into their big centre-forward and we never dealt with the second ball for their equaliser, so that is a big learning curve for us.

"From then on we completely dominated the proceedings and in the end we had too much energy, class and quality.

"We ran them into the ground in the last 20 minutes and passed them off the pitch, and the scoreline could have been even more convincing but we thoroughly deserved the win in the end."

Gerrard also had words of praise for 18-year-old Millar, who notched his second hat-trick of the season.

He added: "Liam was electric tonight. His all-round game was quality.

"I've seen Liam play this season, score goals but still be a little bit loose in his play, but tonight his performance was on the money.

"His movement was excellent, he was sharp, he kept the ball for us, never stopped working and looked a threat."