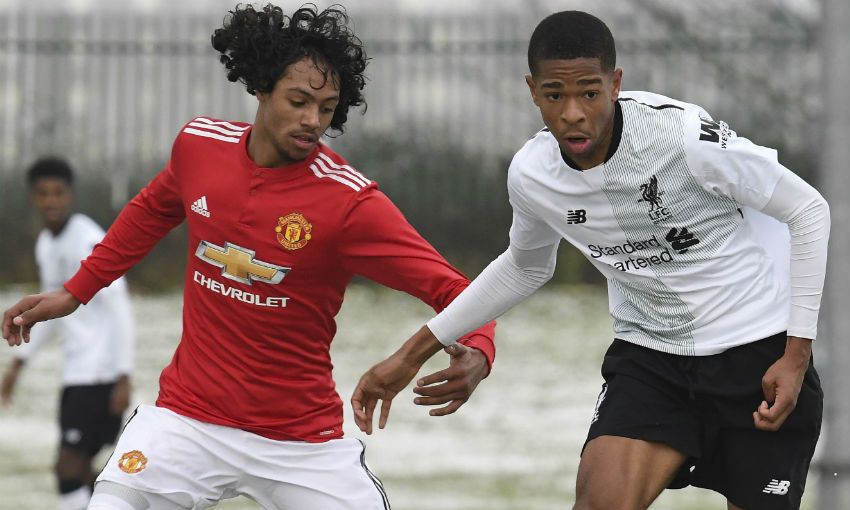 Match preview: U23s determined to bounce back at Sunderland

Ten-man Liverpool U18s were denied all three points by an injury-time equaliser in a pulsating 2-2 draw with Manchester United on Saturday.

Steven Gerrard’s team went into the U18 Premier League clash at a snowy, icy Cliff unbeaten this season - but that record was under serious threat when Adam Lewis was sent off in the 27th minute after D’Mani Mellor’s early opener for United.

But the young Reds battled their way to half-time without conceding a second and surged into the lead early in the second period thanks to quickfire goals from Liam Millar and Glen McAuley.

Unsurprisingly, United’s full complement dominated possession and territory in the final stages but stoic and diligent defending from the visitors appeared to have kept them at bay.

However, Arnau Puigmal’s 94th-minute leveller earned a share of the spoils for the hosts, who remain a point clear of fourth-placed Liverpool, albeit having played a game more than Gerrard’s side. 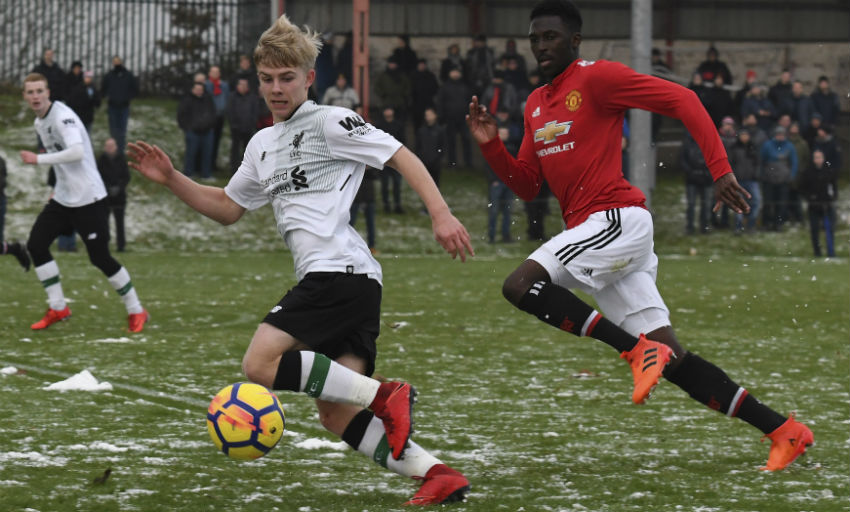 United adapted to the wintery conditions quickly and deservedly took an early lead through Mellor, with the forward latching onto a long ball and rounding Viteslav Jaros before finishing.

Jaros prevented George Tanner from making it 2-0 almost immediately when he got down well to palm the full-back’s low header away, and Gerrard opted to make a tactical switch inside the opening 20 minutes in a bid to earn his side a foothold in the game.

McAuley’s introduction did just that, with Millar and Curtis Jones both having sights of goal soon after, but Lewis’ dismissal - brought about by a second booking for a mistimed challenge on Tahith Chong - checked the young Reds’ progress.

Jaros then denied James Garner and Chong in quick succession as United sought to make their numerical advantage show on the scoreboard, but Liverpool got to the break with no further damage done. 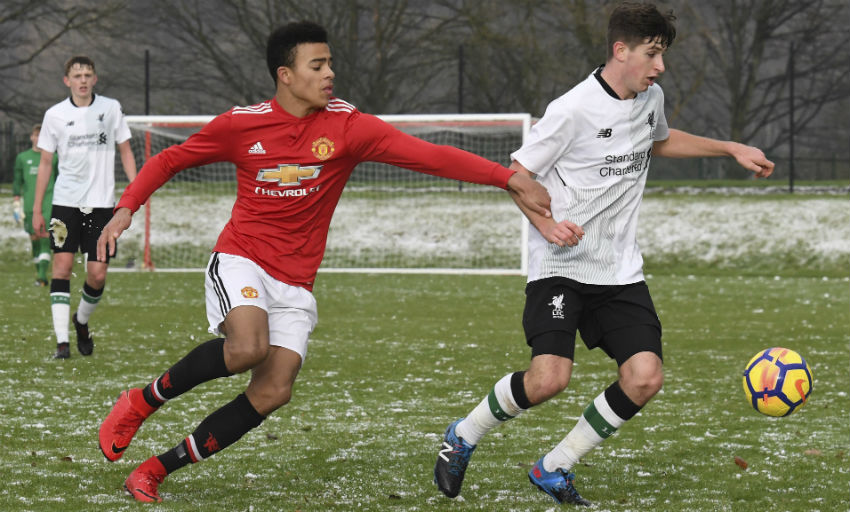 And, amid blizzard-like snowfall, Millar and McAuley had turned the contest on its head by the hour mark.

First, an example of high-pressing straight from Jürgen Klopp’s coaching manual led by McAuley and Edvard Tagseth forced a loose defensive pass that was seized upon by Jones.

The young Scouser showed quick feet to evade his marker and sent a low ball across to Millar, who dipped inside onto his right foot and rifled his 13th goal of the season high into the net.

Then, just nine minutes later, Millar turned provider as he collected Anthony Glennon’s clever reverse pass, raced down the left and squared for McAuley to convert from close range.

Liverpool then sat deep and looked to hit United on the break, with Jones and substitutes Paul Glatzel and Yasser Larouci all missing chances to make it 3-1 before Puigmal reacted rapidly to Jaros’ parry to equalise with just seconds remaining.