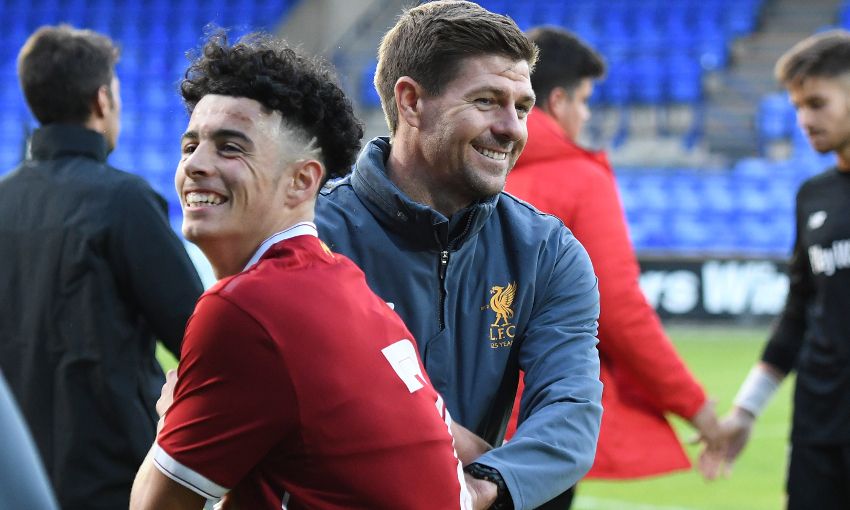 Curtis Jones netted twice as Liverpool U18s produced a superb performance to win 5-1 away at Middlesbrough on Saturday.

Rafael Camacho, Liam Millar and Paul Glatzel were also on the mark.

Reflecting on his side's victory, Gerrard told Liverpoolfc.com: "We played some excellent stuff and controlled the game.

"I'm really proud of them because we were outstanding.

"We scored four excellent goals and we could have scored a few more as well. The lads are in a good place."

LFCTV GO: The goals from the 5-1 win at Middlesbrough