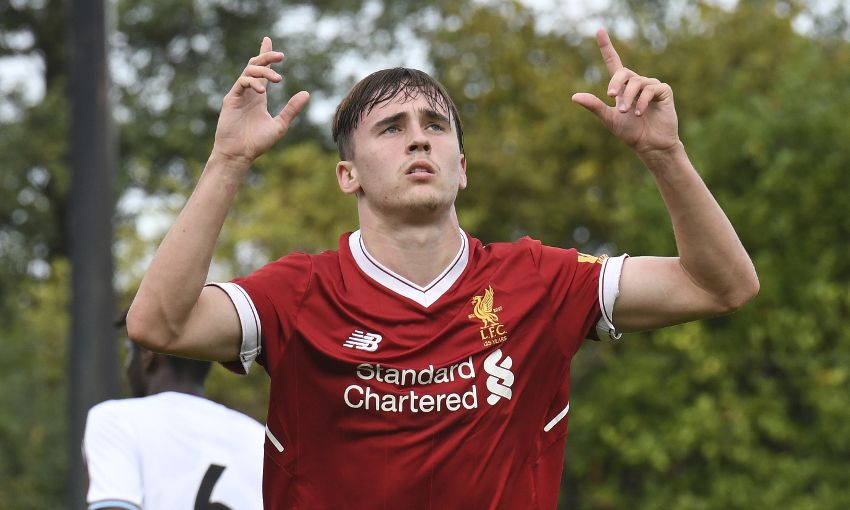 Liverpool U18s were in impressive form as they enjoyed a 4-1 win over Burnley at the Academy on Friday afternoon.

Strikes from Glen McAuley and Liam Millar punctuated a first half that the young Reds dominated, and an own goal and Luis Longstaff finish after the break consolidated a comfortable result for Steven Gerrard’s team, with Michael Fowler’s stoppage-time effort a mere consolation.

There was a late change to the starting line-up in Kirkby, with Abdi Sharif withdrawn from the XI as a precautionary measure and Longstaff deployed in his stead.

But Liverpool shook off the switch to immediately stamp their influence on the contest.

The opener might have come on 13 minutes courtesy of a sublime dribble by Rafael Camacho, who deftly side-stepped a succession of challenges to drift into the area and shooting territory on the right side.

His shot across goal was cleared off the line, however.

Within a minute Camacho was firing in another effort and although that was blocked by Burnley too, the rebound fell kindly to McAuley for a conversion from close range. 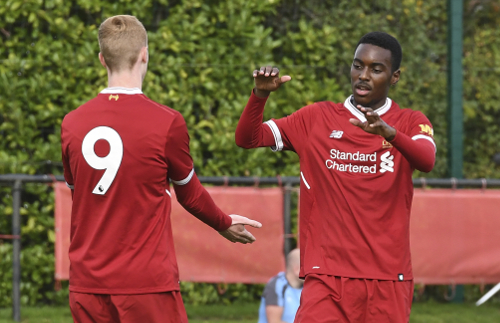 Perhaps inspired by the incisive running of his teammate, Millar produced an even better – and ultimately more clinical – slalom through the opposition in the 27th minute.

Picking up possession around halfway, the Canadian sped along the left flank with poise and purpose, used the supporting McAuley as a decoy and waited for the right gap to open up before placing a finish beyond the goalkeeper.

The confident Camacho went close to a third as the interval neared, forcing Clarets ‘keeper Kai Calderbank-Park to tip a careful hit around the post after neatly shaking off attention to create space inside the box.

LFCTV GO: The best of the Burnley friendly action

Burnley should have levelled six minutes into the second half but Fowler dragged his shot across goal too far wide of the left post having been slipped through.

And they were punished a minute before the hour mark.

A short corner routine set up Longstaff to send a cross in from the right corner of the penalty box and the waiting defender misjudged the clearance, sending the ball into his own net rather than away.

Liverpool did not let up, though, and Longstaff got his goal with a quarter of an hour remaining.

Excellent approach play by substitute Yasser Larouci preceded a pass along the area to the No.15, who calmly took a touch and picked his spot to put the seal on a positive day’s work for Gerrard’s side, despite the frustration of a late concession to Fowler.