Match preview: Charlton cup test next up for high-flying U23s

In our latest Academy column, we speak to Liverpool U23s boss Neil Critchley about Friday night's cup tie at Charlton Athletic and the reasons for handing the captain's armband to Corey Whelan.

It was pleasing to make it six straight victories in Premier League 2 last week and good for the boys to come through the test of playing two games in five days. I thought our performance at West Ham United was outstanding. We were a little bit indifferent against Tottenham Hotspur at Anfield but I still felt we were deserved winners in that game. We were a little bit tired but we scored six goals in two games and only conceded two, so we are in good form at the moment and looking forward to the cup game at Charlton Athletic. 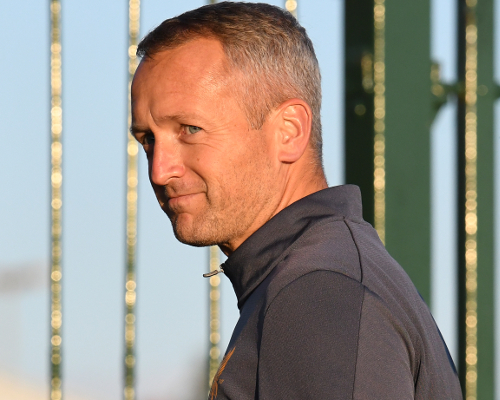 One of the reasons why we’ve enjoyed a successful start to the season is the work the lads have put in on the training ground and they are reaping the benefits of that. We’ve got good players and we’ve got good players who are working hard, listening to the messages from all of the staff, and they have tried to implement that in every game we have played so far. As a coach and all of the staff, that is all we can ask for. 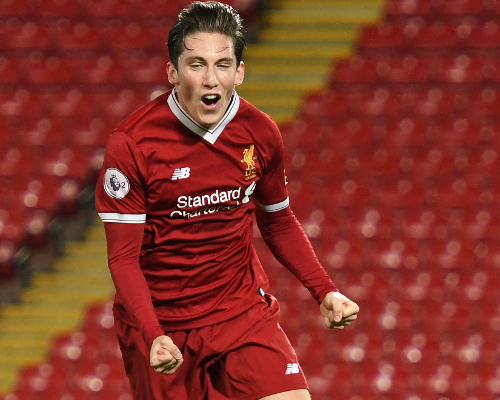 It was a great week for Harry Wilson, who scored five goals, including a special hat-trick at Anfield which he will remember for a long time. It was the perfect hat-trick, with a header, right foot and then a left-footed finish. He is in great form but what has pleased me most about him is the defensive side of his game and his work-rate. He has always had goals and assists in his game, which is a huge asset of his, but he is working so hard for the team both forwards and backwards. It has been great to see. Harry had an interrupted pre-season with the Achilles injury, which was unfortunate for him because he had a great 2016-17 season. He was captain of the U23s, he was the top scorer and the progress he made under Michael Beale and Mike Garrity was excellent, and he then got his chance to go up to Melwood. It was great for me to watch his progress from afar and I’ve now got the pleasure of working with him for the next few months. 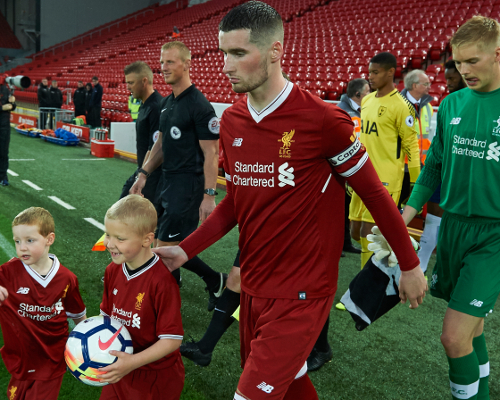 This season supporters will have noticed Corey Whelan has been our captain. When we decided Corey would be U23s captain this season it wasn’t taking anything away from Harry, who as I said did a great job as the skipper last season. Harry was at Melwood and we were unsure what his plan for the season would be at that time before he got injured, and we knew Corey would be with us on a regular basis this season.

Corey has been at Liverpool since the age of 10 and I thought it would be a big thing for him to give him the captaincy. He has got leadership qualities and I think that is something he can develop. We thought that would be the right thing to do for him to give him the armband and he has done very well for us. Corey is so versatile as a player. One of his main assets is you can ask him to play anywhere across the back four and he just gets his head down and gets on with it. There’s no sign of despondency from him playing out of position and he sees that as a challenge. That’s another reason why he is the captain, because of his attitude every day in training, which is outstanding.

We now face Charlton Athletic on Friday night in the Premier League Cup and we are thankful to them for allowing us to play at their first-team stadium, The Valley. It’s a different type of game for us, it’s a competition we want to do well in and we want to progress. We will also face Stoke City and Bristol City, all home and away, and these games will give us different challenges. We have said before we want as many games as we can for our young players as we want to test them with competitive games against tough opposition.