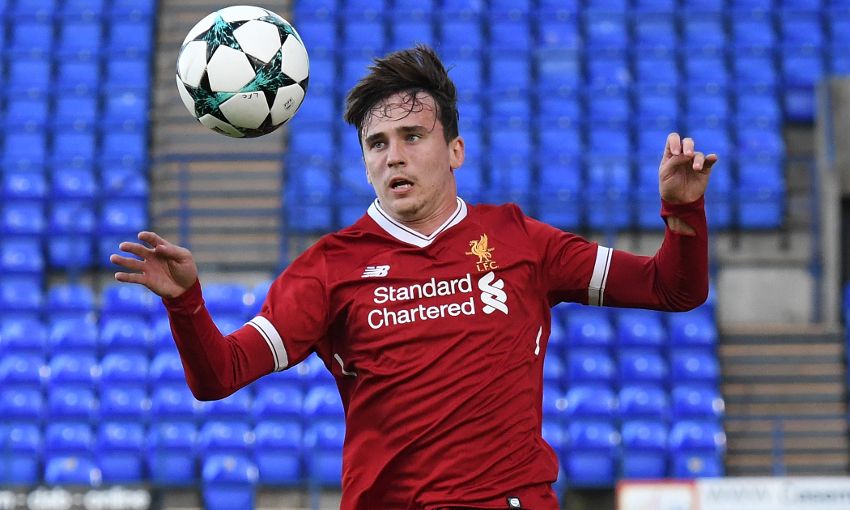 Liam Millar fired a hat-trick as Liverpool U18s beat Middlesbrough 4-3 in a thrilling U18 Premier League Cup encounter at the Kirkby Academy on Saturday.

The Canada youth international was at his clinical best to net the second treble of his Liverpool career.

Rafael Camacho was also on the mark to ensure Steven Gerrard's side made it a winning start in the tournament.

It was 2-2 at half-time, before Millar bagged goals in the 60th and 67th minutes to complete his hat-trick and make it 4-2.

However, the away side refused to give up and they scored again to make it a frantic finish.

Reflecting on a thrilling encounter, Gerrard admitted he had mixed emotions from the 90 minutes.

The U18s manager told Liverpoolfc.com: "I am pleased to get the win but defensively we have to do much better as a team.

"We went a goal up and I was thinking this could be a comfortable game but we just continued to make hard work for ourselves all of the time.

"I was pleased for Liam to get his hat-trick and he has had a good week after his performance against Sevilla in the UEFA Youth League.

LFCTV GO: The goals from the win over Middlesbrough

"We should have made it a lot more comfortable than it was and we have to learn from this game.

"It felt like at times the lads felt it was too easy and they got complacent and made it more hard work than what it should have been.

"Overall we take the win but what we have to learn from today is when the game becomes easy you have to stay focused and continue to do the right things."