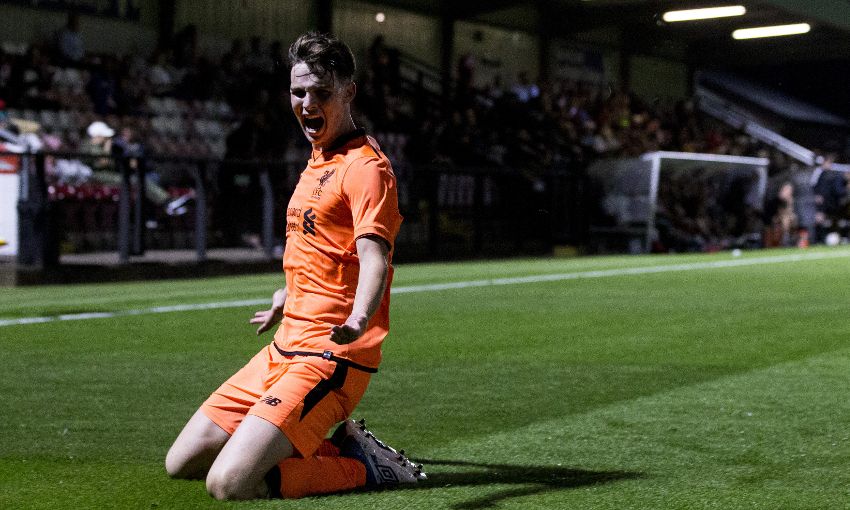 Sam Hart was rewarded for his self-confidence with a stunning winner on Friday night.

The full-back completed a highly impressive, and deserved, comeback for Liverpool U23s in their Premier League 2 meeting with Arsenal by smacking a free-kick home in the last minute.

Teed up by Rhian Brewster, the Reds’ other scorer at Boreham Wood, Hart met the ball with a powerful and accurate strike that left the Gunners goalkeeper helpless and secured a 2-1 result.

“It was great – I’ve not hit many like that in my lifetime!” he later told Liverpoolfc.com.

“Rhian was confident of taking it but I said ‘No, this is in my range, if I get my laces through it anything is possible.’ And I did it, so I’m happy.”

Victory against Arsenal increased the U23s’ winning streak to three games at the start of the season, with Neil Critchley’s side showing their talent and reliability both offensively and defensively.

The response to the setback of Reiss Nelson’s opener for the hosts early in the second half was emphatic – and gave Hart and co nine points out of nine in 2017-18.

“The win for the team was the most important thing because I think we deserved it,” added the 20-year-old.

“When you play Arsenal it is obviously a big game; to go 1-0 down and show our fight and come back is really good for the team.”