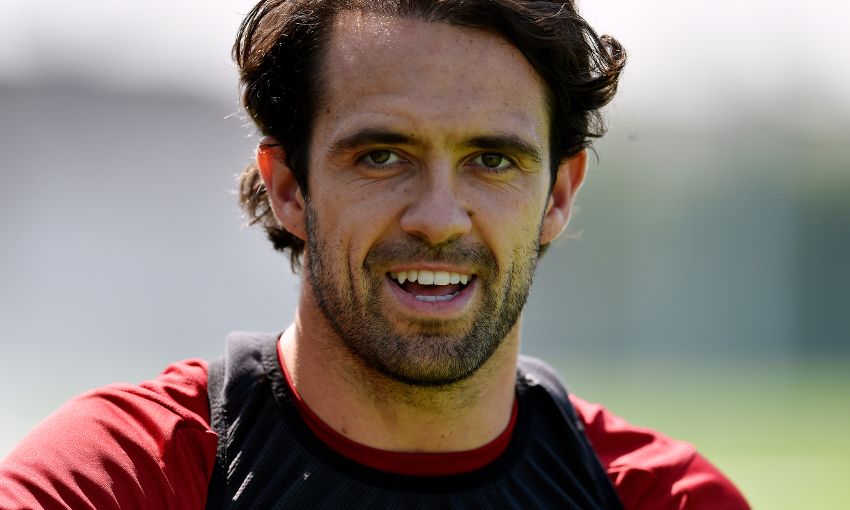 Danny Ings and Yan Dhanda were on target as Liverpool U23s began their Premier League 2 campaign with a 2-0 victory at Swansea City.

The first-team forward, who enjoyed a 45-minute runout after returning from a second long-term injury in the summer, fired a clinical opener in the early stages.

And Dhanda ensured the visitors’ momentum told as time ticked away, slamming home from Matty Virtue’s inch-perfect through ball to add shine to an impressive performance.

Neil Critchley was able to name senior striker Ings in the starting line-up for his first competitive fixture since stepping up from U18s manager to the U23s position this summer.

The 25-year-old could have marked his return to action with a goal as early as the fifth minute.

A crunching tackle by Virtue in Swansea territory saw the ball fall to Ings, who shifted past a defender to create space for a shot that was too centrally placed to properly trouble the goalkeeper. Dhanda’s follow-up effort from the edge of the box was thwarted, too.

Ings hit the target on 11 minutes, though.

A deep cross from the left, swung in by Sam Hart, was intelligently nodded back by Rhian Brewster and his strike partner produced a flawless first-time finish that fizzed past the goalkeeper.

LFCTV GO: Highlights of the game in 90 seconds

Liverpool were almost gifted a second when Joe Rodon hacked at a cross and sent the ball looping towards the top corner – but Gregor Zabret reacted quickly to prevent an own goal.

Dhanda thrived at the tip of a diamond midfield, supporting Brewster and Ings to good effect, and tested the Swans stopper’s handling in wet conditions with a bouncing attempt from 20 yards.

The home side reminded the Reds that the game was far from over before the interval, Botti Biabi forcing Kamil Grabara to react to a glanced header to preserve the lead.

There was little let-up in the tempo when the sides returned for the second half – Ings having been withdrawn at the interval – and only an outstanding dive by Zabret denied Brewster’s well-aimed prod on a diagonal from the left.

Substitute Paulo Alves might have done better when the ball was shifted efficiently from Virtue to Brewster and into the Portuguese’s run forward, but his dink from close range lacked conviction.

Next, there were significant Liverpool claims for a penalty ignored. Fed by Virtue through the middle, Dhanda sought to round the goalkeeper and hit the ground as his loft at goal simultaneously bobbled onto the right post.

Ultimately, it did not matter.

The same combination used the same method to slice Swansea open and this time Dhanda took the direct route, planting an unerring effort into the roof of the net to guarantee the points for Critchley’s team.