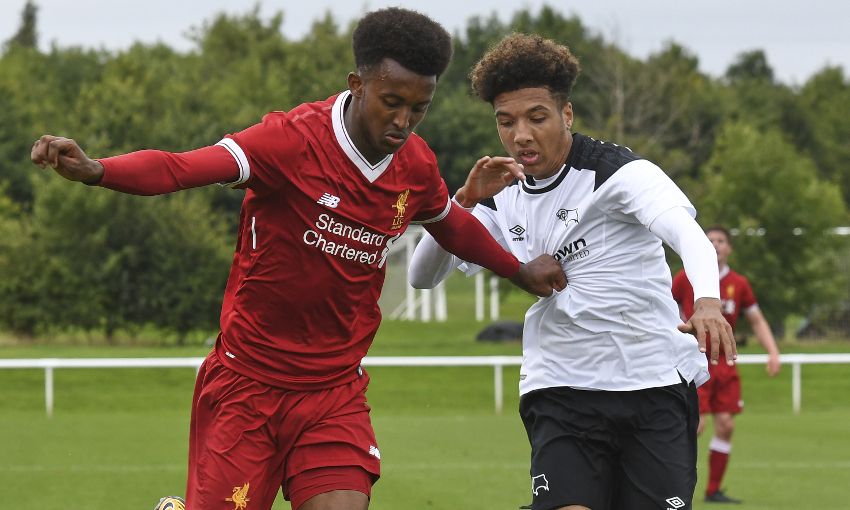 Liverpool U18s were held to a 1-1 draw in an eventful first game for manager Steven Gerrard against Derby County on Friday.

Glen McAuley had a goal disallowed and Dan Atherton saved a Rams penalty before Liam Coyle nodded the young Reds ahead just before half-time.

But the hosts levelled early in the second period as Jack Stretton forced the ball over the line – and the two teams had to settle for a point apiece from their league opener.

It was almost a dream start to the Gerrard era with barely three minutes on the clock.

A turnover in possession in midfield saw Edvard Tagseth move the ball forward to Liam Millar and he immediately through to McAuley, who nonchalantly swept a fine finish from the left into the right corner.

But celebrations were stopped by the linesman’s flag for a narrow offside.

Gerrard would have been pleased with the way his charges were controlling the tempo, though they presented Derby with a golden chance to take the lead on 12 minutes.

Morgan Whittaker got free in behind to reach a flick-on and was fouled in the area by Anthony Glennon, but the Rams man’s subsequent low penalty was superbly palmed away by Atherton to his left.

Liverpool re-asserted themselves as the opening 45 minutes elapsed and McAuley was frustrated after demanding and receiving a neat pass into the right channel of the box from Curtis Jones and sending his shot too close to the goalkeeper.

The breakthrough finally arrived before the interval, though.

Adam Lewis’ left-footed, in-swinging corner from the right flank found Coyle, who diverted a looping header into the far corner to put Gerrard’s side in front. 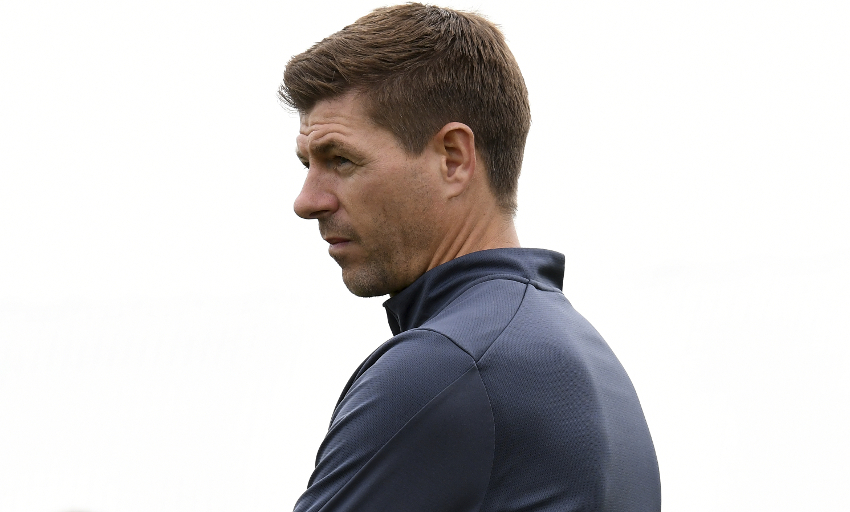 There was action at either end at the outset of the second half, Atherton agilely clawing an effort off the line and the lively McAuley drawing a save from the Derby stopper.

And the home side equalised in the 51st minute.

A cross into the six-yard area from the left hand side prompted a scramble and Atherton and his defence were unable to prevent Stretton from forcing the ball over the line.

It continued to be an open contest throughout the half and Liverpool were perhaps the more adventurous of the two sides, only for the final touch or pass to let them down.

That said, substitute Luis Longstaff might have won it for his team moments after coming on, but he skewed a strike wide on the bounce following a burst along the flank and cross by Millar.