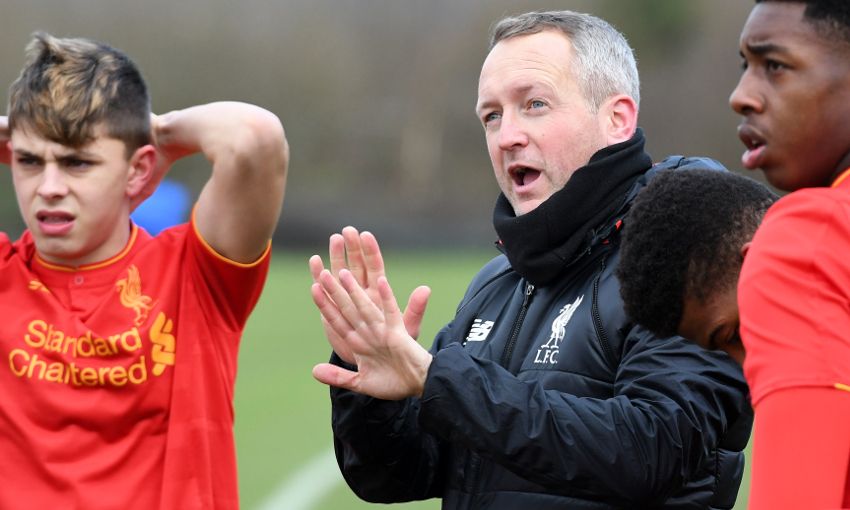 Liverpool U18s were defeated 4-1 away at Arsenal on Saturday, in a game that saw four penalties being converted.

It was the young Reds' fifth outing in the end-of-season mini-league and the loss is a blow to their hopes of becoming national U18 champions.

The Gunners opened the scoring from the spot when George Johnston was ajudged to have handled in the penalty area, but Neil Critchley's team levelled through a spot-kick of their own when Adam Lewis netted after he was brought down.

Liverpool played well and controlled the match for long periods but another penalty led to Arsenal taking a 2-1 lead just after half-time.

With the Reds pushing forward in search of an equaliser they left themselves open at the back, and the Gunners scored on the counter-attack before yet another spot-kick earned them a 4-1 win.

LFCTV GO: The best of the Arsenal action

Reflecting on the match, Critchley told Liverpoolfc.com: “You don’t often see four penalties in one game and it was a frustrating day for us because we could easily have taken something from the game.

“We started ever so well and created some great chances but didn’t take them. We were excellent in the first half and to be honest we were disappointed at half-time that we weren’t leading.

“After they made it 2-1 we had a big chance when Liam Millar went clean through on goal but he couldn’t convert and then they made it 3-1 when we were caught at the back.

“Okera Simmonds then had a great opportunity to make it 3-2 but again we didn’t take it and they got another penalty.

“Overall in the big moments we failed in front of goal and at the back our inexperience showed at crucial moments.”