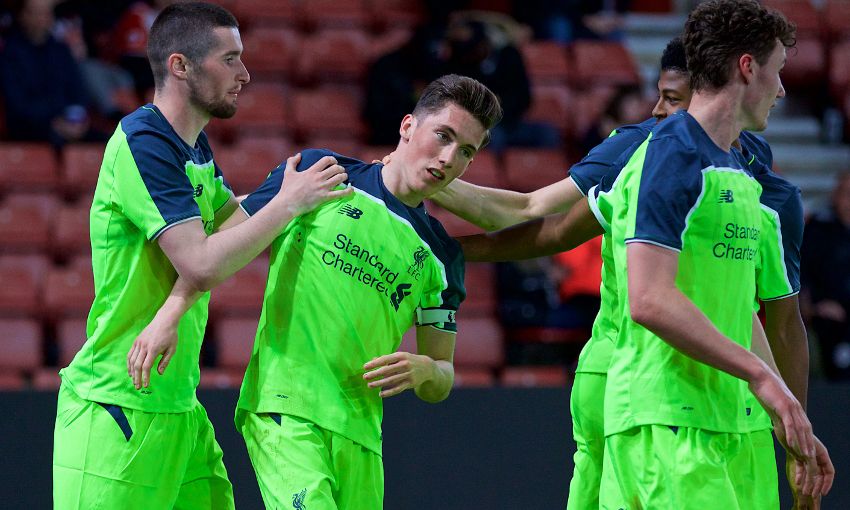 After a captain's performance helped Liverpool U23s earn a 2-2 draw at Southampton, Harry Wilson explained how he is thriving on the responsibility of leading his team.

The young Reds trailed by two goals at St Mary’s on Monday night as the Premier League 2 contest entered its final quarter of an hour.

But Wilson sparked a comeback with an assured finish on 76 minutes and then, in stoppage-time, won a penalty that he converted at the second time of asking to secure a point for Mike Garrity’s side.

The Welshman told Liverpoolfc.com: “After the first half, where we all knew we weren’t at our best, we wanted to come out in the second half and put on a performance we know we’re capable of. We did that.

“Southampton are a good side [but] we wanted to get a good result and play well.

“In the first half we didn’t play to our potential. But then in the second half we came out, passed the ball better and put on a performance worthy of getting a result.”

The 20-year-old has shone throughout the campaign for the U23s and was rewarded with a first-team debut in the FA Cup replay with Plymouth Argyle in January.

Wilson feels the decision to hand him the captaincy at the beginning of the term has been an obvious benefit for his development.

He added: “I’ve really enjoyed my football this season.

“I’ve been captain throughout the season, I’ve racked up a lot of games, and goals and assists as well, so I’m happy with my season so far.

“I’ve taken on board the extra responsibility. I’ve enjoyed it. I just try to embrace it; I try to help the people around me, whether that’s talking to them or with the performances I put in. I’m really enjoying it.”