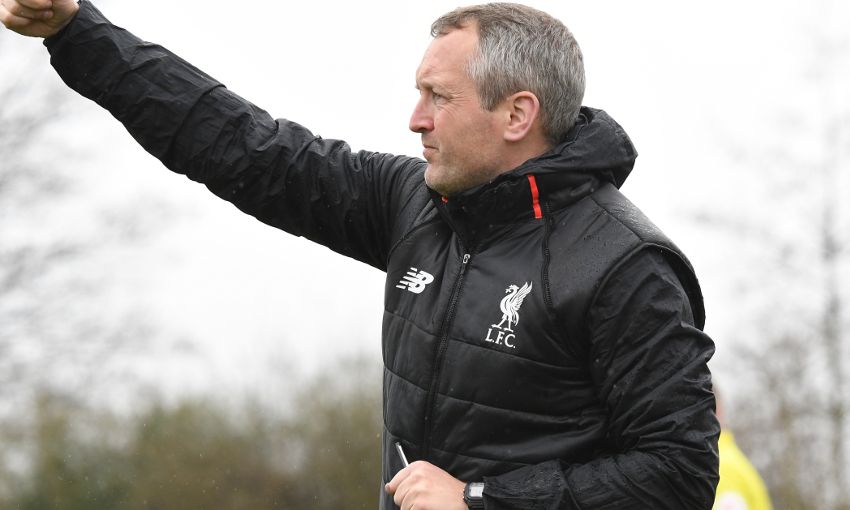 It was a frustrating afternoon for Liverpool U18s as they lost 2-1 at Reading in their fourth end-of-season mini-league outing.

A bad start cost the young Reds dear as they found themselves 2-0 down after just 25 minutes, and although George Johnston pulled a goal back with a header from an Abdi Sharif free-kick, they couldn't find an equaliser.

Reflecting on the defeat, U18s boss Neil Critchley told Liverpoolfc.com: "We were poor in the first half and didn't start the game well.

"We gave the ball away twice and they went 2-0 up after 25 minutes.

"We were much better in the second 45 minutes and George scored a good goal to give us hope.

"We certainly had the chances and did enough to get something out of the game, but my message to the boys is you have to play for 90 minutes, not just 45 minutes."