In our latest Academy column, we speak to Neil Critchley about the progress of Liam Coyle, Conor Masterson and Yan Dhanda, and the U18s manager looks ahead to Saturday's meeting with Manchester City.

It is fair to say the lads can’t wait to get back out on the pitch again because we haven’t played since February 18, when we produced an excellent display to beat Wolves 3-1. Manchester City are one of the best teams around at U18 level. They have a host of outstanding players and a fantastic team, but it’s nice to pit yourselves up against some of the best players in the country - because we’ve got some as well. We have lost twice to Manchester City this season but in the FA Youth Cup tie we were much better and that game could have gone either way.

In the game away from home earlier on in the season, when we suffered a heavy defeat, we found ourselves chasing the game very early so a good start for us is essential. Our message to the lads before the game is always the same. We want to try to take the game to the opposition and play in their half of the pitch. It’s a great game for our boys, we want them to stake a claim and this is their opportunity to go and do that. If we defend well and are well organised, then we know we have the players in attack who can hurt the opposition. 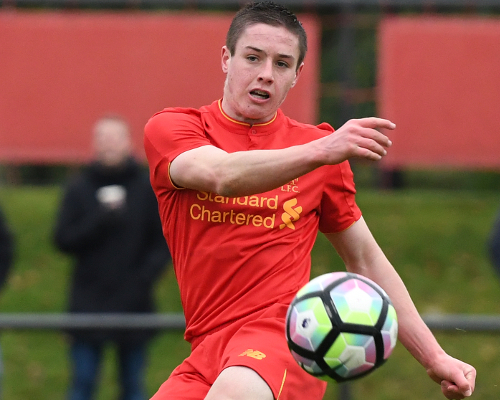 In recent games, Conor Masterson has been with the U23s so I have given Liam Coyle the captain’s armband. Liam likes to have the leadership role. He doesn’t really need the captain’s armband to bring out the best in him, if I’m honest. Giving him the armband does mean a lot to him, though, you can see that. He is a local boy and to captain Liverpool is a great honour and he deserves it. Watching him play, he is totally committed every single day of his life, every training session and in every game. Liam has been fantastic for us this season and we are delighted with him.

Because we haven’t played since February 18, last weekend we had the opportunity to play an U17 fixture away at Manchester United. You don’t turn those opportunities down if you think it’s right for your players. It was a great evening playing under the lights on a nice pitch at United’s training ground and we gave a great account of ourselves. It finished 2-2 and I was able to look at a number of players from Barry Lewtas’ U16s team who will feature at U18 level next season. Our performance gave us lots of optimism for the future.

We have already had a number of scholars playing at U18 level this season with Curtis Jones, Neco Williams, Rhys Williams and Abdi Sharif all featuring regularly. I think the way they have performed shows huge credit to the work that Barry, Steve Heighway and our academy director Alex Inglethorpe have done with them on the training ground. They have come into our team and looked like they have been playing U18s football for a long time. They have taken to it like a duck to water and the transition has been seamless. As with all young players the challenge is always about constantly improving. They haven’t cemented themselves at U18 level yet but so far, so good. 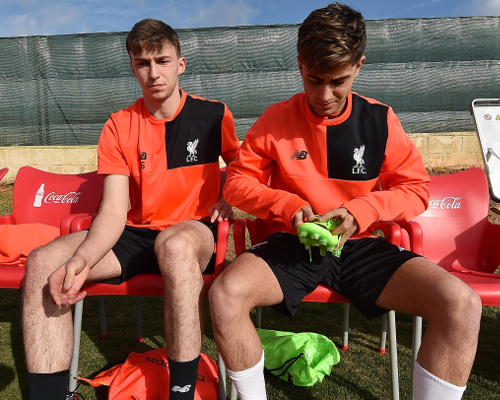 During the recent break we saw our manager Jürgen Klopp hand Yan Dhanda and Conor the opportunity to be part of the first-team training camp in La Manga. It’s another massive boost for the Academy. It was hugely beneficial for both players to spend a period of time with our senior squad, not just on the pitch but off it as well. They will have taken a lot from that and it also serves as a big inspiration to our boys here at the Academy when they see the fantastic opportunity that our manager has made available to them.

Conor and Yan have been playing recently at U23 level and making that next step in their development. Both of the lads, by their own admittance, would say we have tested them at U18 level. Myself, Alex and Scott Mason have tried to challenge them in a way that we think best for them to improve as players. Sometimes that is not always on the pitch or during the games, but they have had a testing time at U18 level and I really think they are seeing the benefit of that now. During some of the periods that we have been through, the boys might not have thanked myself and Alex for that, but hopefully in the future they can go on and be regulars in the U23 team and push on to become the players we believe they can be. 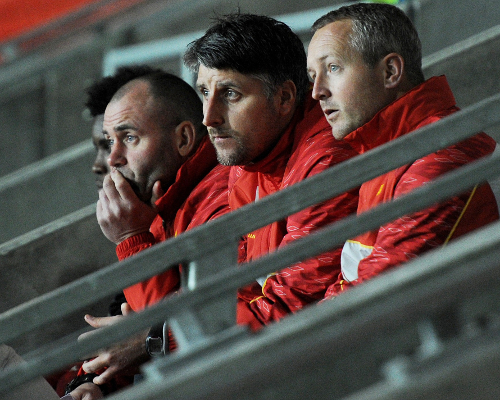 I have a really close relationship with our U23 coach Mike Garrity. Mike worked with me at U18 level when I first came to the club and he was fantastic. He was a huge influence on me and a real close ally and someone I leaned on heavily. We have a great relationship. We sit in the office together and talk all of the time about players. My job as U18s manager is to provide Mike with the players that he needs that are good enough at the right time. That is the benefit of this football club because we always keep a pathway open and push the players through at the right time if they deserve it.

We know we have got a really good team of U18 players but it doesn’t matter how good the team is, the important thing is that they progress to the U23s and ultimately the first team. Winning leagues, winning cup competitions, winning games is nice and you want to be successful, but the team doesn’t go on to have a good career. It’s about the individuals in the team. That is the most important thing and at this club we never lose sight of that.