Video: Woodburn at the double as U23s hit Huddersfield for six

In our latest Academy column, we catch up with U16s coach Barry Lewtas about the progress of the youngsters and coaching sessions with Steve Heighway and Steven Gerrard.

This has been another fantastic season for the Academy so far with many of our youngsters getting first-team opportunities - something that gives our even younger players so much hope. In my role as U16s coach, I can see how much it means to these lads to put on the red shirt and have the dream of one day wearing it with pride in front of the Kop.

I was in charge of the U15s last season so it has been nice to have that continuity to take the same group at U16 level this term. You get to know the lads well, get to know their characters and get to see the areas of their game they might need to develop so we can help them along the way. The continuity works as well for them as it does for me. It’s good that I can see the things they need to improve upon while also developing the strengths they already have, and it’s working well. 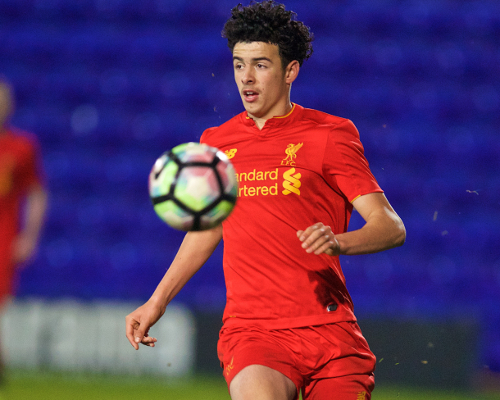 We have a group of talented boys at U16 level and supporters will have seen a few of the lads making their debuts for the U18s under the tutelage of Neil Critchley. All of the boys work exceptionally hard and they commit a lot of their time and their life to training. Curtis Jones has enjoyed an extended run at U18 level in recent weeks and full credit to him. At U15 and U16 level we played him in a number of positions, which helped him to further strengthen his individual identity, and at U18 level he has played effectively as a central midfielder. He has good technical ability and is confident in possession of the ball. Curtis deserved his opportunity and has played well. He now knows he has to keep his head down and work hard in every training session to keep his place. I am excited to see where his journey takes him.

A few more schoolboys have had opportunities recently and we have more boys who are training hard and waiting for theirs. Luis Longstaff made his debut for the U18s last weekend when he came off the bench at Sunderland. He can play with both feet and his strength is in one-v-one situations. We have also seen Neco Williams and Rhys Williams playing regularly at U18 level in recent weeks. Neco is an interesting player because we have changed his position over the course of the season. We were quite keen to develop the defensive side of his game and moved him back a line to play at right full-back.

With the style of football we play, our full-backs are quite high up the pitch so he doesn’t feel like he is missing out on the attacking part of his game, while also developing the defensive side. It’s nice to see how hard he has worked at his game. He has seen the rewards by playing there at U18 level and he’s done well so far. Rhys will hopefully develop into a commanding central defender, and has made a good impression at U18 level. Rhys has worked tirelessly to develop certain parts of his game, such as his footwork and defending in one-v-one situations, which is evident in the progress he has made over the course of the season.

Abdi Sharif is another boy who has made a handful of appearances with the U18s, and has shown his versatility by playing in both defensive and midfield positions. It is fantastic for the boys to get the opportunity to play at U18 level, and Critch deserves credit for giving the boys a chance. 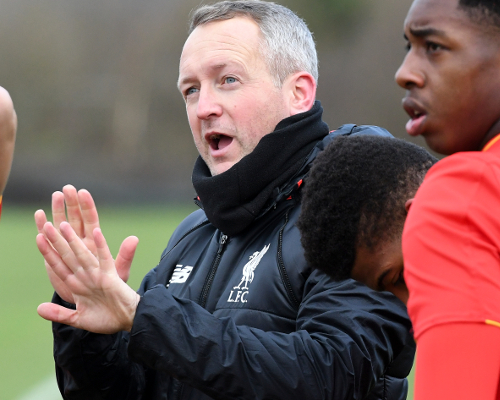 The experience to play at U18s level gives the boys exposure to playing 90 minutes as opposed to 80 and, for the first time, they are playing for three points and often in front of the cameras. They are playing against boys who are sometimes two years older than them, which can often create a greater physical, tactical and technical challenge. Moving them up a level can also give them a bit of a shock, because it is taking them out of their comfort zone and exposing them to the next stage in their development.

What we mustn’t forget is that it is GCSE year for the U16 boys, so they have the pressure of school alongside the pressure of performing and continuing to develop as a young footballer. It’s important as coaches that we keep expectations high because we have got to make sure we are pushing them as much as we can in terms of football, while understanding the other pressures they have on them at the moment, one of which is school. 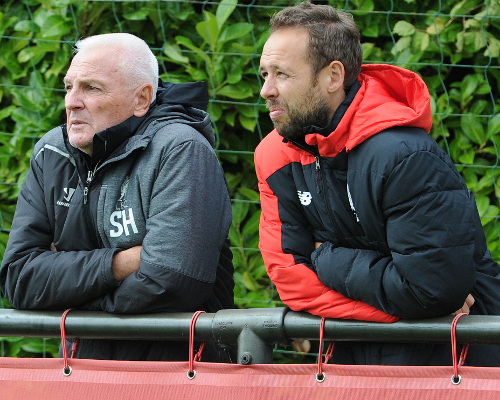 I work closely with a club legend in Heighway and he’s been a massive help for my development as a coach. When you are working with the coaching team you are always trying new things and for me to be able to share my ideas with Steve and listen to his is fantastic. The experience he has is invaluable and the sheer enthusiasm he has for the game and wanting to see young players develop and do well is infectious. It’s great for the club to have Steve involved and I can tell you he is thoroughly enjoying it. 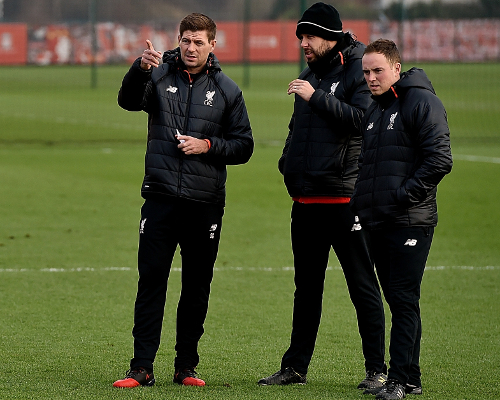 We also have another icon of the club coaching at the Academy in Gerrard, which is absolutely brilliant for the young lads and for us as coaches. Where all of these boys want to be and want to get to, Steven has been. He is a fantastic role model and it’s valuable for us all to be able to learn from his journey and experiences. By the way, when it comes to shooting and ball striking demonstrations, I’m definitely going to hang up my boots and leave those to Steven because you can’t get any better than him!

We also have the likes of Steve McManaman, Rob Jones, Robbie Fowler and, of course, Alex Inglethorpe giving these lads advice, which is brilliant. We are all here for the same reason, to help the boys and to develop their talent. There is a special environment and atmosphere here at the Academy, which I believe is extremely healthy for coaches and players.

Liverpool U23s are back in action on Sunday when they host Derby County in Premier League 2 at the Kirkby Academy. Kick-off is at 1pm GMT and you can watch the game exclusively live on LFCTV and LFCTV GO. Need a subscription? Click here for details on how to sign up.