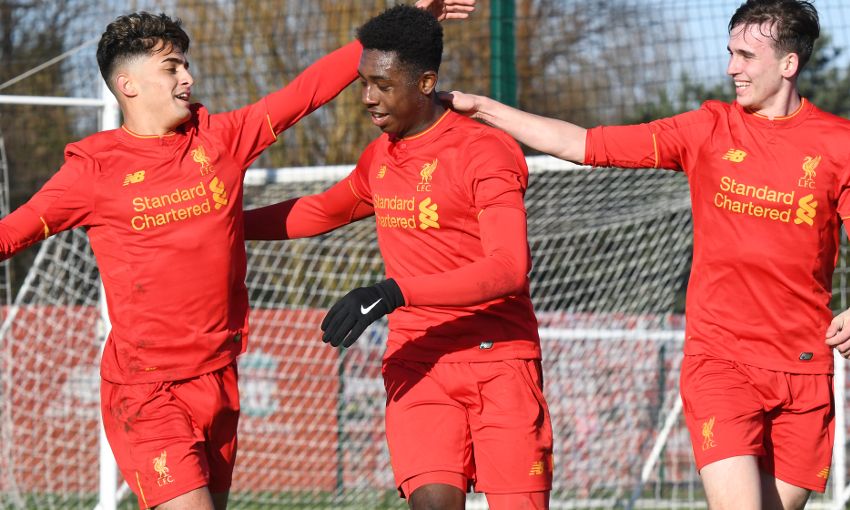 Okera Simmonds and George Johnston were on the mark as Liverpool U18s drew 2-2 with West Bromwich Albion at the Kirkby Academy, in front of the watching Steven Gerrard.

Neil Critchley's side played some excellent football at times, especially in the first half, but couldn't hold onto their lead as the Baggies twice came from behind.

Simmonds continued his impressive form in front of goal by netting a penalty after Yan Dhanda was brought down.

The away side levelled just after the break, only for centre-half Johnston to make it 2-1, but the Baggies grabbed a share of the spoils with another equaliser four minutes from time.

Reflecting on the draw, Critchley told Liverpoolfc.com: "We played well in the first half but we didn't turn our dominance into a more comfortable scoreline.

"The second half was a scrappy game and we didn't control it as much as we would have liked.

"We hit the bar and the post before George scored to make it 2-1, but ultimately we just couldn't quite hold onto the lead.

"I have to say it was unbelievable for the staff and players to have Steven Gerrard watching from the touchline.

"Steven gave the lads a huge lift with his presence."