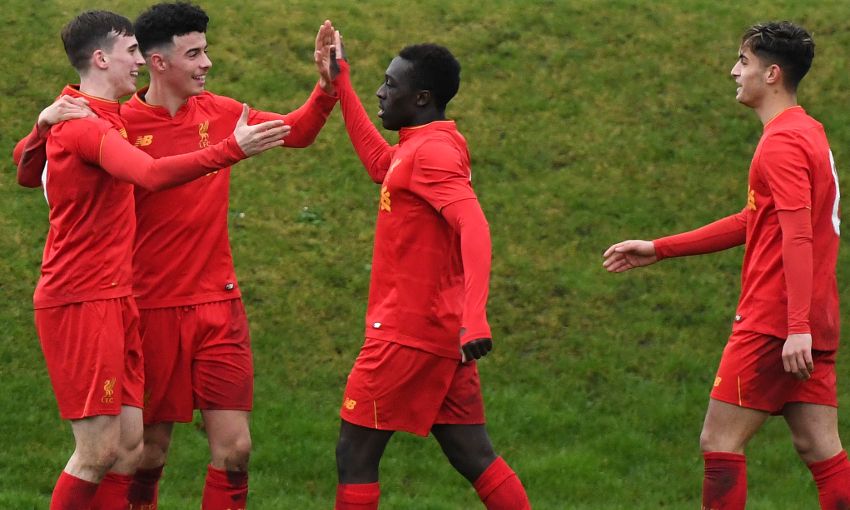 Curtis Jones and Liam Millar were on the mark as Liverpool U18s produced an impressive display to beat Derby County 2-0 at the Academy on Saturday.

Neil Critchley fielded a young side but was a proud coach as the youngsters rose to the occasion.

Jones fired the opener with an excellent strike from outside the box and Millar added a second with his first goal since returning from injury.

Reflecting on the victory, Critchley told Liverpoolfc.com: "We played really well and could have scored a lot more goals.

Photos: The best of the win over the Rams

"We had three U16 players in the starting XI, with Rhys Williams making his U18s debut at centre-half, and it was very positive and nice to see.

"I was pleased to see Curtis get another goal and it was nice for Liam to get back amongst the goals again."

Liverpool U23s are back in action on Sunday when they travel to Sunderland in Premier League 2. Watch the game live on LFCTV and LFCTV GO with our coverage starting at 11.30am GMT.