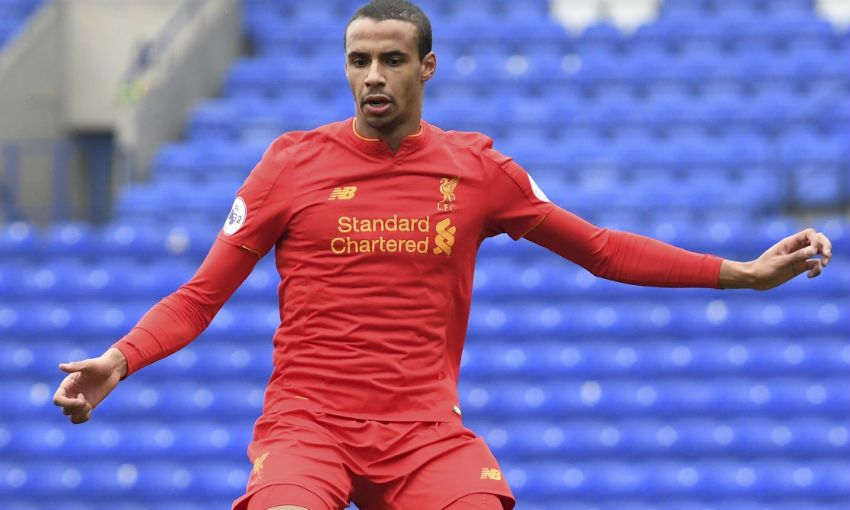 Joel Matip played for an hour as Liverpool U23s eased to a 3-0 Premier League Cup victory over Ipswich Town this afternoon.

The centre-back was part of a strong line-up fielded by Mike Garrity at Prenton Park, with Alberto Moreno, Joe Gomez and Kevin Stewart also named in the young Reds’ starting XI.

Matip made his return to first-team action following a six-week absence - due to an ankle problem and confusion over his eligibility - as a late substitute during Saturday’s defeat to Swansea City.

And he put in a typically composed display alongside Gomez at the heart of the U23s’ defence today, as first-half goals from Paulo Alves and debutant Rhian Brewster, plus a late strike from Ben Woodburn, earned a comfortable win that all-but seals Garrity’s side’s place in the last 16 of the competition.

Matip was alert to clear a dangerous early cross from Conor McKendry down Ipswich’s left, and Liverpool seized control of the game thereafter.

A header from captain Wilson forced Michael Crowe into a sharp save in the 18th minute, but there was nothing the Ipswich goalkeeper could do to deny Alves a little over 60 seconds later.

A free-flowing move started by Moreno and Wilson ended with Alves collecting a brilliant reverse pass from Woodburn - who excelled in a central attacking midfield role - and arcing a left-footed effort into the top corner.

It felt like a matter of time before Garrity’s team would add to their lead - and so it proved shortly before the half-hour mark, when the lively Brewster marked his U23s bow with a goal.

The 17-year-old played his part in another superb passing sequence before lashing in a half-volley from 12 yards, via a deflection off Ipswich’s Joe Robinson. 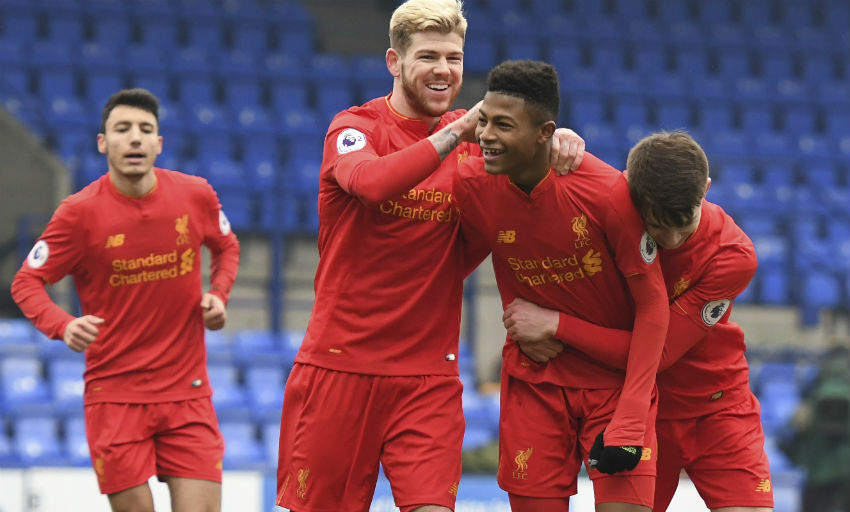 Liverpool were rampant and Crowe was called on to make smart stops with his legs from both Wilson and Ojo to keep the visitors within two goals at the break.

Moreno burst forward and shot into the side-netting soon after the restart, and Matip headed a free-kick from the Spaniard over the bar in the duo’s final contribution prior to Garrity withdrawing them on the hour.

Crowe then palmed away a snapshot from Brewster, before the teenage striker saw a close-range finish disallowed for offside after Woodburn had hit the post.

The 17-year-old displayed wonderfully quick feet in the area and toe-poked beyond Crowe to ensure Liverpool repeated the 3-0 win they claimed in the reverse fixture at Portman Road back in October.

LFCTV GO: Watch highlights from the 3-0 win over Ipswich Town