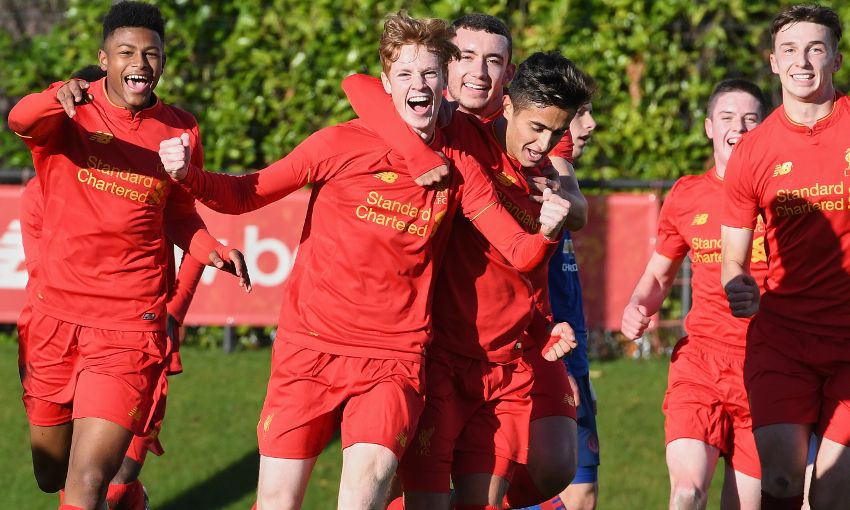 Liverpool U18s were celebrating some silverware this weekend as they won the 2017 EBM Hallenmasters tournament in Germany.

The format of indoor five-a-side saw games come thick and fast, with five group ties each consisting of one half of 12 minutes, and the young Reds made it through to the last eight.

In the quarter-finals, Neil Critchley's team beat Heerenveen 3-1, before another superb display earned a 3-0 triumph over Bayer Leverkusen in the final four.

The Reds then defeated Fortuna Dusseldorf 2-1 in the showpiece, with Rafael Camacho firing the winner, while Bobby Adekanye was named Player of the Tournament.

Reflecting on the success, Critchley told Liverpoolfc.com: "This was a great experience for the boys because it was the first time we have ever taken part in an indoor football tournament.

"We were learning as we were going along and the action was intense, playing so many matches in the space of a few hours.

"Overall, it was a great experience and brilliant for the boys to win it because we came up against some very good teams who have experience of playing in this format.

"It was nice to celebrate a success and see the joy on the faces of our boys at the end."