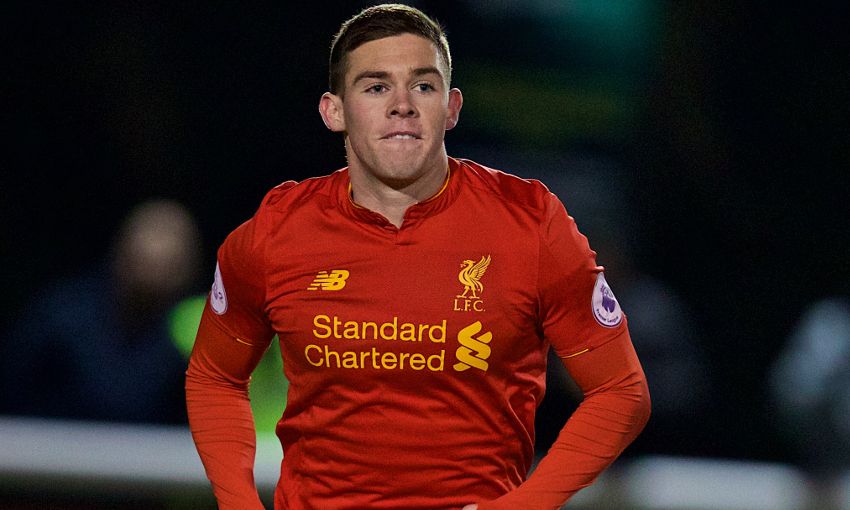 Jack Dunn fired a hat-trick and Harry Wilson scored twice as Liverpool U23s won 6-0 away at Bangor City in a friendly encounter on Wednesday night.

Toni Gomes was also on the mark as the young Reds played their first game of 2017, while Sheyi Ojo enjoyed a 45-minute outing as he continues to sharpen his fitness.

The Reds opened the scoring on 14 minutes when Wilson netted after a pass from Paulo Alves, and Gomes made it 2-0 after being set up by Matty Virtue.

Dunn then came off the bench to make it 3-0 and Wilson got his second when he followed up to score after his initial penalty was saved.

Dunn, who had a loan spell with Morecambe at the start of the 2016-17 season, then completed his hat-trick with two fine efforts.

Reflecting on the victory, U23s coach Mike Garrity told Liverpoolfc.com: "We were really pleased with all of the lads tonight and it was an excellent performance.

"I was delighted for Jack to get his hat-trick and that will give him a lot of confidence.

"Sheyi did well in his 45-minute outing and is getting sharper with each game he plays.

"Overall, we were pleased with the lads' attitude and their work ethic was fantastic."

Supporters should note next Monday's scheduled Premier League 2 away trip to Leicester City has now been moved to Monday April 3. The next Premier League 2 fixture for the Reds will be against Manchester United at Anfield on Monday January 16.