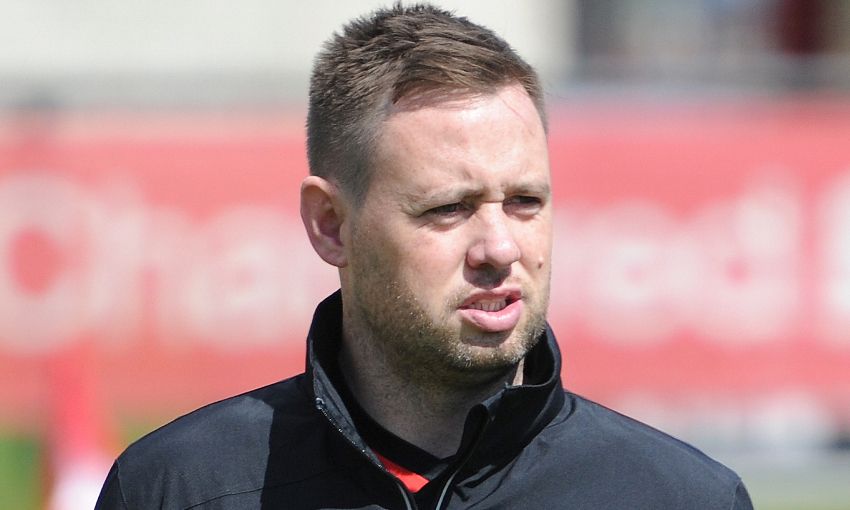 As Michael Beale prepares for a new challenge after leaving Liverpool, the former U23s manager has explained why his time with the club will always remain a special part of his life.

He joined the Academy in September 2012 as youth development lead coach for the U15 and U16 age groups and his initial role was primarily to manage the U16s.

In an exclusive chat in the brand new edition of LFCTV's 'Academy Show', the coach speaks about bidding farewell to the Reds and the fond memories he will take with him.

"I think I leave with a lot of good relationships," says Beale.

"That's the thing I'll remember from my time with Liverpool. It's an unbelievable club with fantastic people.

"[The support from] people like Kenny Dalglish, Steve McManaman and Rob Jones and how they've been towards me because I'm part of their family, the Liverpool family - that's what will stay with me the most."

Beale admits watching a young player work hard to earn that opportunity is a special feeling and a highly satisfying moment for everybody involved with their development.

He added: "Our job as Academy coaches is to push players through to the first team and see them do well.

"I have known Ovie Ejaria since he was six years old in London and to see him run out for the first team and play so well has been really special for me, but all of those young boys making their debut has been special."

At the beginning of 2017, Beale will depart Merseyside for Brazil as he embarks on a new role as assistant manager to Rogerio Ceni with one of the most famous clubs in South America, Sao Paulo.

Explaining how the opportunity came about, he said: "Rogerio was in England visiting a number of coaches. He met Claudio Ranieri at Leicester City and Claude Puel at Southampton, Slaven Bilic at West Ham and he went in to see Antonio Conte at Chelsea.

"He then came up north and there were quite a few Brazilians up here that he was meeting up with.

"A guy who was with him I've known for about seven years is a lawyer for the club and he phoned me and asked could Rogerio come up and visit the Academy.

"He spent a couple of days watching us train and I didn't think anything of it.

"We were getting ready for our game against Reading and when I was on the coach on the way back from the game, we played really well that day so I was feeling good about things.

"I then got a phone call out of the blue saying that Rogerio was going to be offered the job and I was asked would I be interested in having a chat with him and it all went from there really.

"We have very similar ideas on the game and he was very clear what he wants from me and how I can help him and help Sao Paulo.

"They are a club of similar size to Liverpool, they have a 70,000 all-seater stadium and they have won the most trophies - so very similar to Liverpool here in England."

Besides this farewell chat with Beale, the new edition of the Academy Show, which is now available to LFCTV GO subscribers, also includes a special feature on two bright talents coming through the ranks in Matty Virtue and Yan Dhanda.