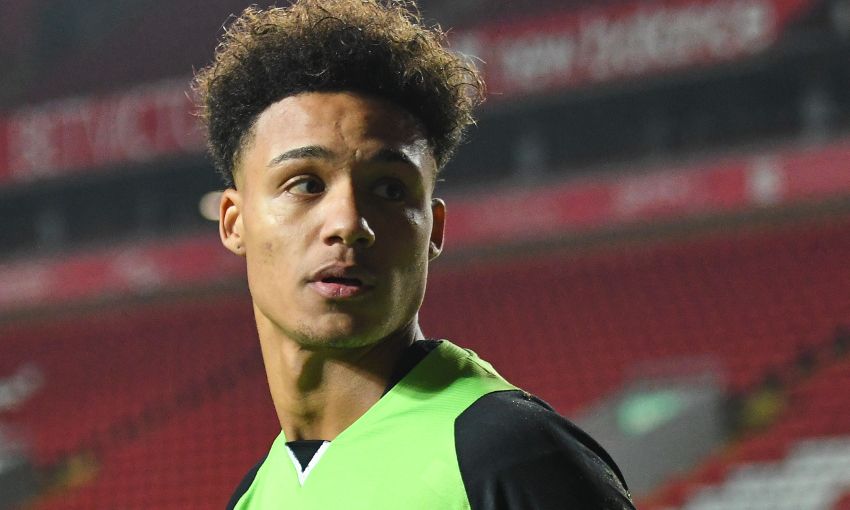 Sheyi Ojo: We worked on that move in training

Academy goalkeeper Shamal George reacted to a promising Anfield debut for the U23s on Monday night, admitting it was a moment he dreamed of growing up as a young Liverpool supporter.

The 18-year-old shot-stopper had missed much of the early stages of the campaign with a knee injury, but was outstanding in his first U23s appearance of the season as the young Reds beat Arsenal 3-2 in a thrilling encounter.

George, who turns 19 in January, has now set his sights on more appearances in front of the Kop in the years to come.

"I loved it and it was very exciting," George told Liverpoolfc.com.

"All of my family came to support me because it was my first game back for the U23s since my injury.

"It was great to get the win and hopefully one day in the future I’ll be able to play here for the first-team."

LFCTV GO: Highlights from the Anfield win over Arsenal

George won many new admirers with a string of fine saves to keep out the Gunners, including one astonishing second-half stop when Arsenal were chasing an equaliser.

Reflecting on his performance, George said: "You have just got to throw your body in there because if you don’t do anything you will concede, so you just have to try and react to it. Thankfully I managed to keep it out.

"Arsenal have some great players like Jeff Reine-Adelaide and Reiss Nelson and you know they are going to shoot from distance so I was ready for it, and thankfully I managed to keep a couple of them out.

"It was a nice feeling after the game when we got inside the dressing room, everyone was buzzing so we are happy and we get ready now for the next game."

The Wirral-born goalkeeper, who has been at the Academy since 2009, trains regularly at Melwood under the guidance of John Achterberg, and he is hoping to continue improving in order to eventually challenge for a first-team spot.

He added: "Injuries happen in football and you just have to bounce back as quickly as you can.

"I’ve been working hard in the physio room and the gym so hopefully this is a step for me and I can keep playing regularly and keep doing well.

"I’ve got to work hard now. Kamil Grabara is playing well, so is Caoimhin Kelleher, so there is competition for places in the U23 team. It is great competition for me and I want to keep working and improving."

2016 was a positive year for George. After getting the chance to train at Melwood on a regular basis, he found himself travelling to the Europa League final with the first-team squad in Basel at the end of last season as third-choice goalkeeper.

He added: "It was a very proud moment for me and family. I’ve still got the shirt hanging up in my room with my name on it, and it says Basel on the front it, and it will stay with me forever.

"Hopefully there is many more [memories] to come in the future."