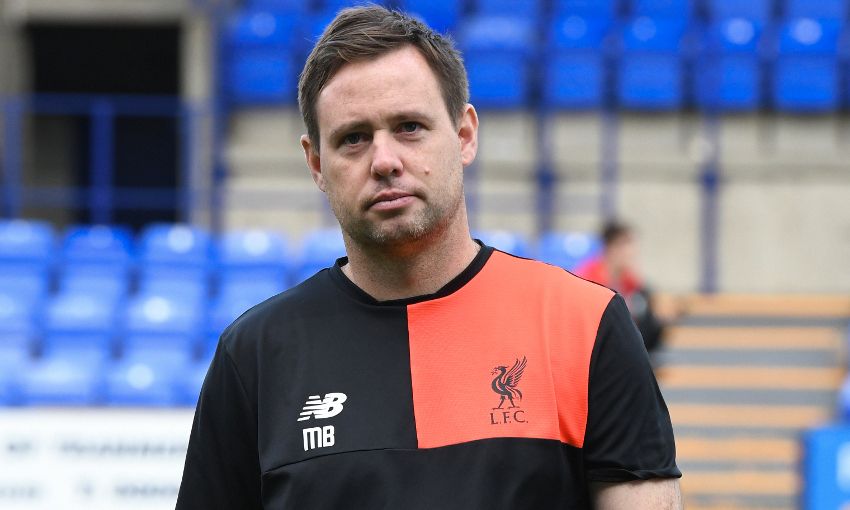 After Michael Beale took charge of a Liverpool U23 side for the final time on Tuesday night, the coach paid tribute to the staff, players and supporters he has encountered during a four-year stint with the club which he described as: ‘a dream come true’.

Shortly after the final whistle blew on a 1-1 draw with West Bromwich Albion at Prenton Park yesterday evening, it was confirmed Beale was to leave his post with immediate effect.

Beale joined the Reds in September 2012 as youth development lead coach for the U15 and U16 age groups before being promoted to U21 (and then U23) boss in August 2014.

Reflecting on his time with the Reds, he said: “I just want to thank everybody. We have had 18 or 19 first-team debuts in the last two years [from the Academy] and it has been the time of my life to be honest.

"What an amazing four years with Liverpool. The people of the city are the kindest, most warm-hearted people I've have ever known.

“The job has been a dream come true and the club is everything I hoped it would be.

“I have been treated so well by all the staff, players and supporters. For this, all I can say is a huge thank you.

“My two children were born and raised in this wonderful city and are both big Liverpool fans. We will be keeping Liverpool as our home."

When asked about his final game in charge of the U23s, Beale said he couldn’t have wished for a better performance from his side.

He added: “That was probably the most dominant a performance I’ve ever seen from a U23 team. We conceded early against a very defensive opponent but we hit them with everything we had and the ball just wouldn’t go in.

“I can’t fault anybody and I thought in the second half we were exceptional."