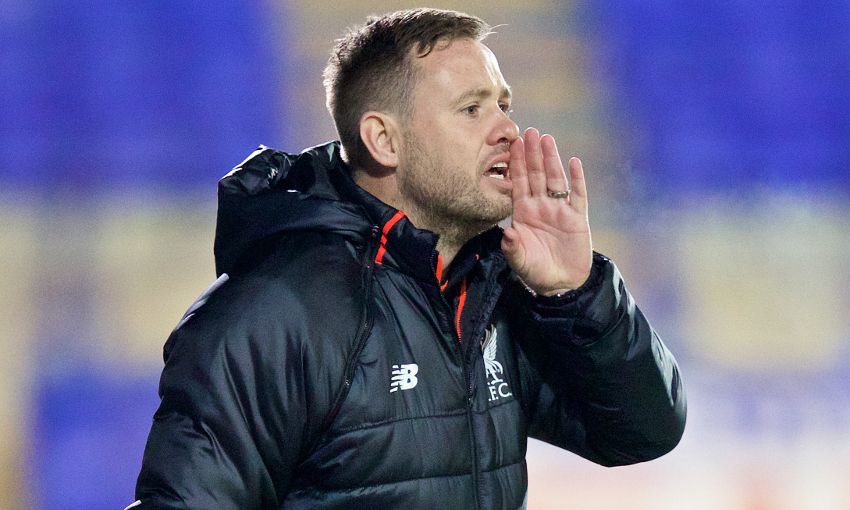 Liverpool Football Club can today confirm Michael Beale will leave his post as U23 manager with immediate effect. The process to appoint his replacement is underway.

Beale joined the Reds in September 2012 as youth development lead coach for the U15 and U16 age groups before being promoted to U23 (U21) boss in August 2014.

LFC's Academy director Alex Inglethorpe has paid tribute to Beale following the news and thanked him for his contribution.

He said: "Over the last four years I have seen Michael help coach a variety of players across differing age groups. He is a talented coach who has great potential to go on and make his mark within the senior game.

"I believe that Michael has been integral to the development of many of our players who have progressed towards the first team and I would like to wish him and his family every success for the future."

Everyone at Liverpool FC would like to wish Michael the best of luck for the future.

Academy trio and McAllister to join Gerrard at Rangers

Michael Beale: Why I couldn't say no to LFC return

Michael Beale: I’ve had the time of my life